With the help of Wayne County Sheriff Raphael Washington and his team, they linked up with Feldman Chevrolet in Woodhaven.

WOODHAVEN, Mich. (FOX 2) - The Wayne County Sheriff's Office and a Metro Detroit car dealership hoped to bring some joy to the son of a slain Detroit police officer with a new car Monday.

Darian Courts was given keys for a sparkling new Chevrolet Malibu.

"I don't know, wherever the road takes me," Darian said.

Darian, 15, lost his dad earlier this month when Detroit Police Officer Loren Courts was shot and killed in the line of duty.

And his dad is why Darian picked this car.

"My dad had one and I thought it would be a good one to have," he said.

With the help of Wayne County Sheriff Raphael Washington and his team, they linked up with Feldman Chevrolet in Woodhaven. 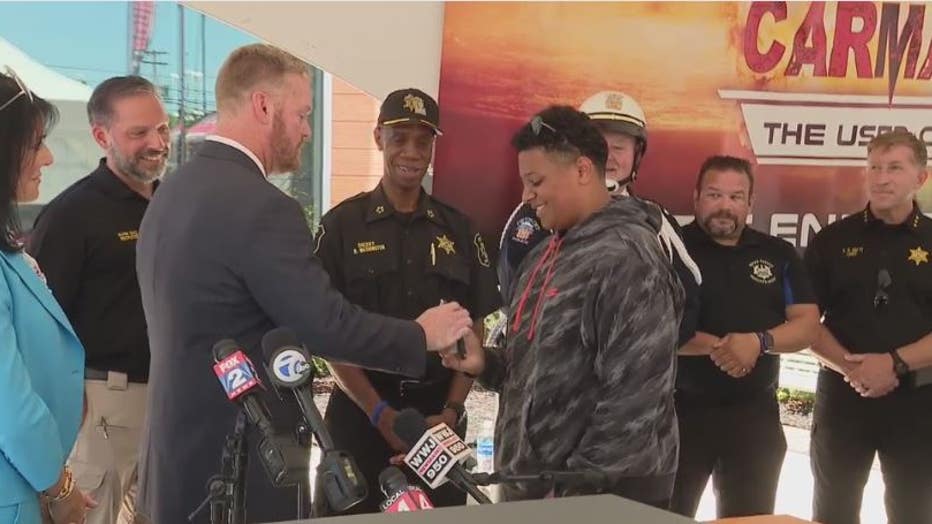 Darian Courts gets the keys to his new Chevrolet Malibu.

"The Feldman dealership said we don't want to just help and guide you through this process, we want to make a complete donation," said Mark Diaz, Wayne County Sheriff's Office.

The beaming group of donors say they needed some good news and Monday, was the day for it, to show this family – that’s exactly what they are, family.

"(We're) doing what we need to do, to know that (Darian) knows, he is always family to law enforcement," said Washington.

"We love you. We are here for you," said Detroit Police Chief James White. "And this little token of love and appreciation is just to make your day a little bit better." 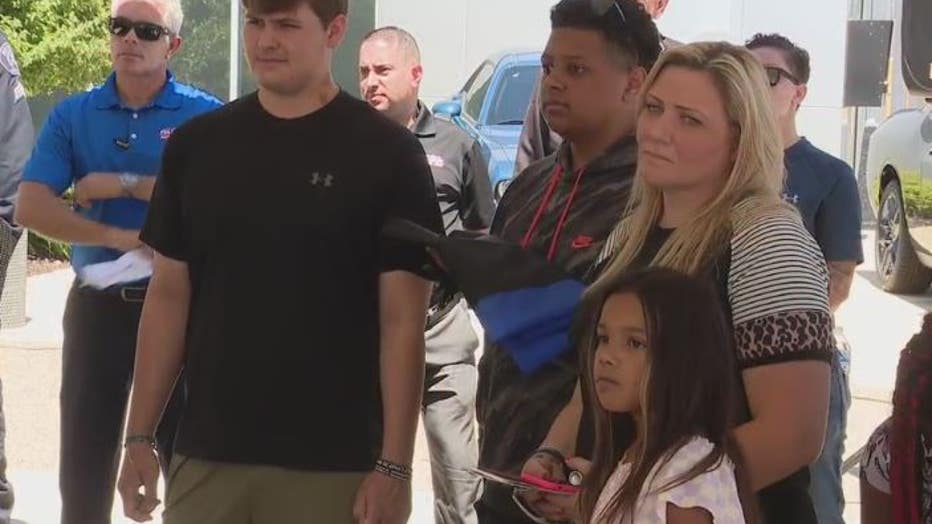 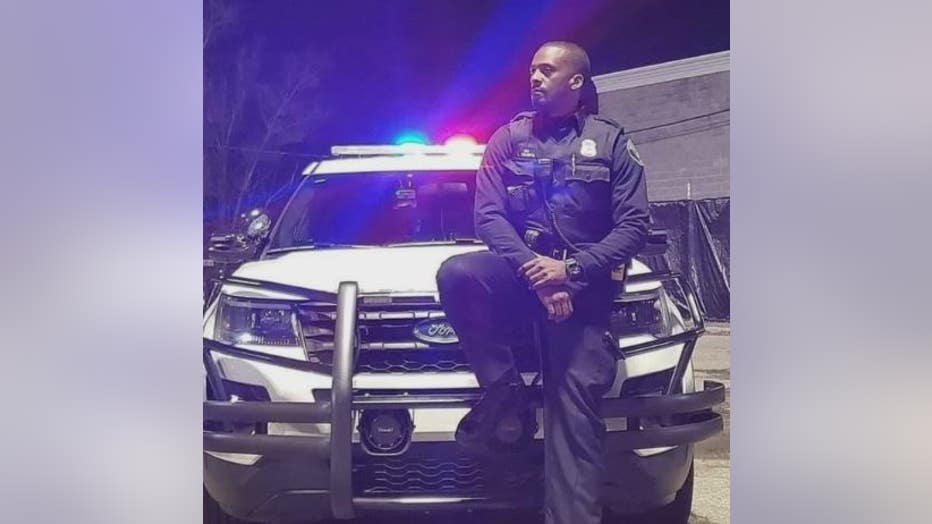 Adorned on the front and back – a Batman symbol. It’s what they referred to Officer Courts as – protecting them and the streets, just like his father, former DPD Officer Larry Courts.

"He simply loved and adored his family,  his job and his community," said Larry Courts, Sr. "So again, on his behalf, thank you."

Darian is still 15 – until December. If he gets the rest of those practice hours in, and passes his driving test…he will be riding solo – in his brand new car. 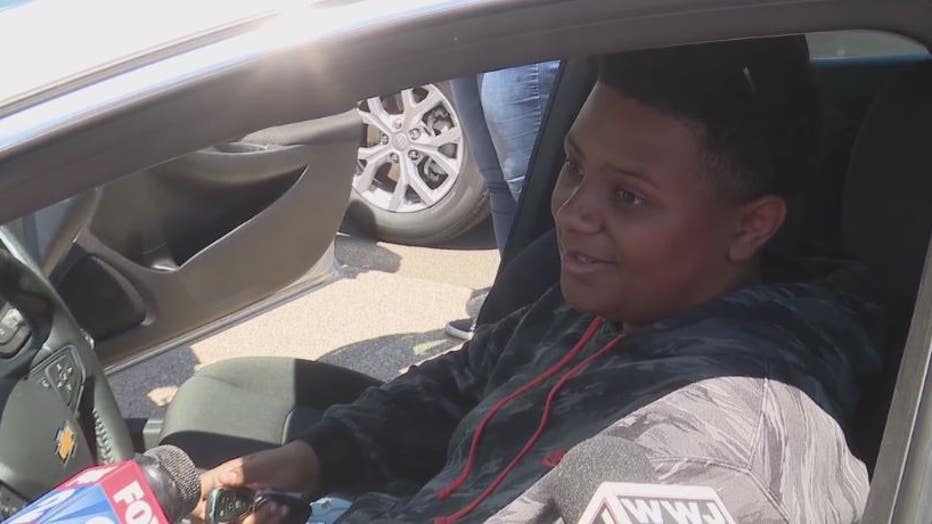 Darian Courts in his new car.