OAK PARK, Mich. - With blood still in the grass and pieces of his fence strewn around the yard, an Oak Park resident had a front-row view to a chaotic scene that unfolded outside his home Monday afternoon.

"It just sounded like pop, pop, pop. Along the inside of my fence, in the backyard I saw about 10 police officers," said the neighbor.

Little did the resident know, the violent fugitive that had fled police and hopped fences before ending up in his backyard was the center of a citywide manhunt. Kenyel Brown, the 40-year-old suspected serial killer believed to be responsible for six separate murders was hiding under his grandchildren's swing set.

Brown's infamy began to grow after a double murder in River Rouge in late January. Police began searching for him Feb. 6.

"Quit killing each other and hurting each other. It's just senseless," said the mom of a 48-year-old Dorian Patterson, who was killed by Brown.

Brown's violent streak was amplified after police found a man beaten to death in Highland Park on Feb. 18. Another man was killed two days after that in a Detroit business. Then, two more people were killed in Detroit.

Upon an announcement that U.S. Marshals would be working with Detroit police in their search for Brown, they finally had success Monday afternoon. An employee at an adult bookstore on Eight Mile recognized Brown who was a regular at the business. After calling police and a K-9 unit began searching, police say Brown started running.

Detroit Police Chief James Craig announced Monday that a man wanted for 6 murders in Metro Detroit is being treated after shooting himself in the head during a foot chase Monday.

The Oak Park resident, who asked to not be named, said he felt fortunate that Brown didn't come inside his home, choosing to stay in the yard instead.

"I'm just glad nobody was hurt. There were so many people and he could've started shooting back," said the neighbor.

Brown only pulled the trigger on his gun once, on himself. Police found him with a self-inflicted gunshot wound to the right side of his head. Medics initially lost his pulse before bringing him back. He was later rushed to a hospital. 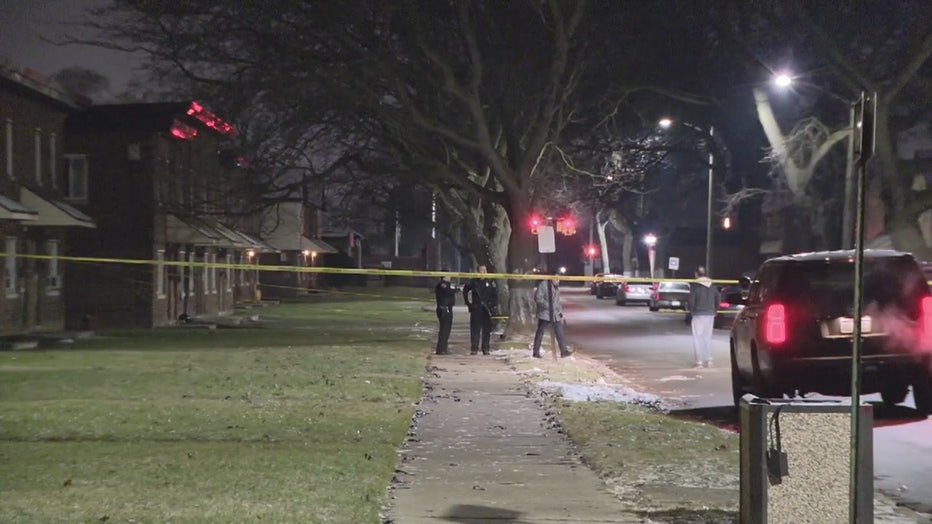 The Wayne County Prosecutors office is charging Brown with nearly a dozen felonies, including two of the six reported murders.

"All my prayers go out to all the other families including his, that's going through the things we are going through," said Dorian Patterson's mom.