The repair of a broken water main is expected to take longer -- until Sept. 3 -- leaving people in seven communities under boil water advisories. According to the Great Lakes Water Authority, the break was worse than originally thought.

The fix was expected to be finished about two weeks after the break, which happened Saturday. Now it is anticipated to take three weeks, meaning the repairs should be completed by Sept. 3.

The GLWA said the break was bigger than originally thought, leading to the delay. 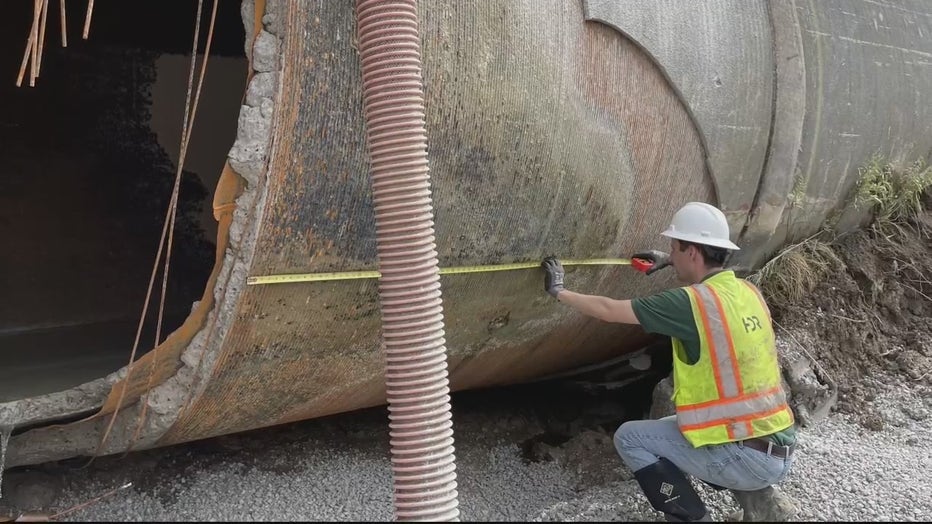 A business in Greenwood and an industrial park in Romeo are also still under the boil water advisory.

There have been water giveaways in these areas, including Shelby Township and Washington Towmship, though the bottled water is limited.

According to the GLWA, it ordered as much pipe as it was able to, but more needed to be ordered.

"We immediately ordered everything that we could get in the U.S. There was no other pipe this size, this type of pipe, available than what we have onsite right now," said Suzanne R. Coffey, GLWA Chief Executive Officer.

The new pipe is expected to be delivered Aug. 23. Once it arrives, it will be installed and pressure checked before water quality testing.

The GLWA said inspecting water pipes is difficult since they are underground. Crews will be inspecting as much of the pipe as possible as fixes are made.

The break has prompted a State of Emergency to be declared for Lapeer, Macomb, Oakland, and St. Clair counties.

Great Lakes Water Authority engineers are working to figure out what led to a massive water main break that impacted nearly 1 million people over the weekend. It could take as long as two weeks for water pressure to return to normal.