DETROIT (FOX 2) - The shockwaves of Detroit Police Chief James Craig's retirement announcement continue to be felt. Many are wondering who might replace him.

The shockwaves of Detroit Police Chief James Craig's retirement announcement continue with many wondering who might replace him.

Those are just a few things the city's police commissioners are thinking about, as they ready the search to replace Craig.

He will retire June 1 after eight years on the job, taking over a police department under federal oversight, addressing corruption, and restoring a measure of trust with Detroiters.

"The bar is high with Chief Craig in terms of the skillset he brought, the communication skills, the community involvement, and also police accountability - and we want police reform there," Bell said.

And he's not alone.

Eric Williams, the managing attorney for the Detroit Justice Center, has long been a critic of Chief Craig, more specifically, the Project Greenlight initiative and the use of facial recognition technology.

"I think though, for the long-term good of the city, you probably would be better off finding someone who, regardless of the type of department that they come from, has demonstrated a commitment to actually reforming the way law enforcement interacts with the city and how the city pursues public safety," Williams said.

But who would be best suited to take the helm of DPD - someone who came up in its ranks, or an outsider?

"I think right now you take someone, not necessarily from the current rank, but someone who's been a part of DPD in the past," said Steve Dolunt, retired Assistant police chief. "For instance, a James White, Elvin Barren, Eric Jones, even a Renee Hall, who was a chief in Dallas.

"When Craig came we needed it. We needed a culture change. We had scandals at the top for three years both in the mayor's office and the police department, so we needed an outsider - although he had Detroit roots - that was good." 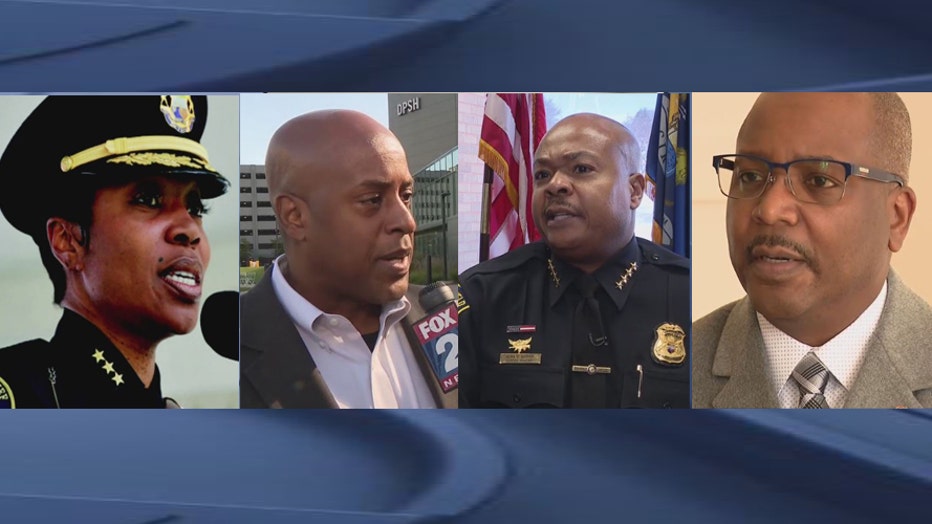 Former police chief Ralph Godbee says while the city could find a good candidate from outside the state, getting someone who "gets Detroit" is key.

"Our community will not stand for a chief that is aloof to the community, that feels like they know it all, because we're very well educated - we know very well the history of Detroit going to the civil unrest of 1967," Godbee said. "There's a criminal justice reformist effort that's going on across the country and policing is a national thing now. Policing is not a local thing anymore. Because if it happens here and it starts to trend, it becomes a national story.

"You're only one incident away from your department being under national scrutiny."

RELATED: Chief James Craig 1-on-1 discusses leadership, being a Republican and his future

The Detroit Board of Police Commissioners will put out bids for a firm to conduct a search for the new chief. The firm will then provide a list of candidates which will be whittled down to three top candidates and be presented to the mayor who will make the final decision with City Council approval.

The entire process is expected to take a few months.