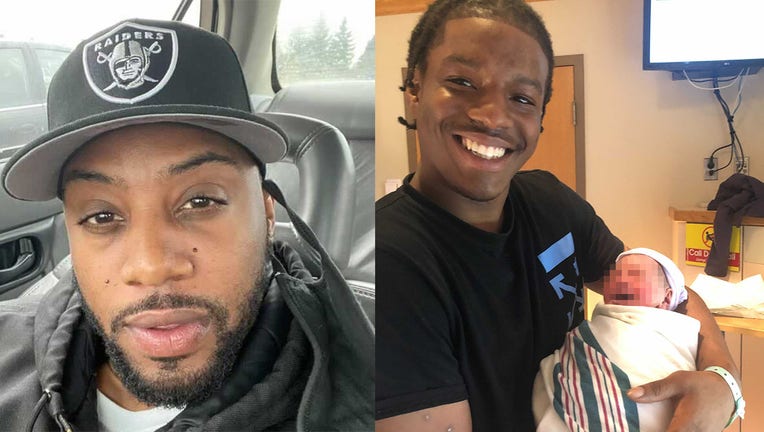 Stefon Crow (right) and Kyle Milton were both killed at a home in Pontiac late Thursday.

PONTIAC, Mich. (FOX 2) - The man wanted for murdering the father of a 2-month-old and the man's friend has been arrested across the country, according to the Oakland County Sheriff.

Torris Green Jr., 27, was arrested in the Dallas suburb of Garland by U.S. Marshals, according to the sheriff's office. Green, of Pontiac, is expected to be extradited back to Oakland County at some point next week.

Green was wanted for the murder of 23-year-old Stefon Crow and 30-year-old Kyle Milton on Nov. 4.

Authorities were called to a home on Johnson Ave that day around 10 p.m. to a report of shots fired and a woman screaming. They found Milton lying in the front yard covered in blood and his breathing was shallow. A blood trail showed he had come out of the home to a nearby car before he collapsed in the front yard.

Green has previous convictions for assault, carrying a concealed weapon, possession of marijuana and intent to deliver a controlled substance.

The sheriff did not say how Green was connected to the shooting victims.

The grandmother of Crow's baby, Carmen Kitchen, said the two men will be remembered for their kindness during this unthinkable family tragedy.

"Kyle and Stef - both of them they stood firm on their beliefs. They tried to make everybody smile if you were down they would try to do whatever they could to make you smile," Kitchen said.