DETROIT - Detroit police are investigating separate incidents that played out last night that included a quintuple shooting, a police chase, and gunfire exchanges with law enforcement that killed one.

1 dead, 5 shot, and a police chase after a wild night in Detroit

Detroit police were busy with two incidents they say are connected after a suspect drove through a crime scene where five had been shot. Police chased the suspect down before he fled on foot and was shot by police after he exchanged gunfire with them.

Police say both scenes are connected.

The first scene occurred at Ward and McNichols Sunday night when five people were shot. Nobody hurt in that initial scene died. However, police said that an individual who was struck by a car nearby had died may have been involved.

A while later, a police chase ensued that ended on 8 Mile and Gratiot Monday morning. Police currently have a large section of the road closed.

State troopers that became involved in assisting with the first investigation said it was later determined that the suspect involved in the earlier incident had fired shots at police who were at the crime scene.

He then led the police on a chase north.

The suspect was reportedly driving a black GMC when he traveled north on Gratiot before getting to 8 Mile. At that point, the suspect exited his vehicle at a strip mall just south of 8 Mile and ran west toward Mohican Street.

While fleeing, he fired shots at police who returned fire.

The suspect was killed as a result of the shooting. 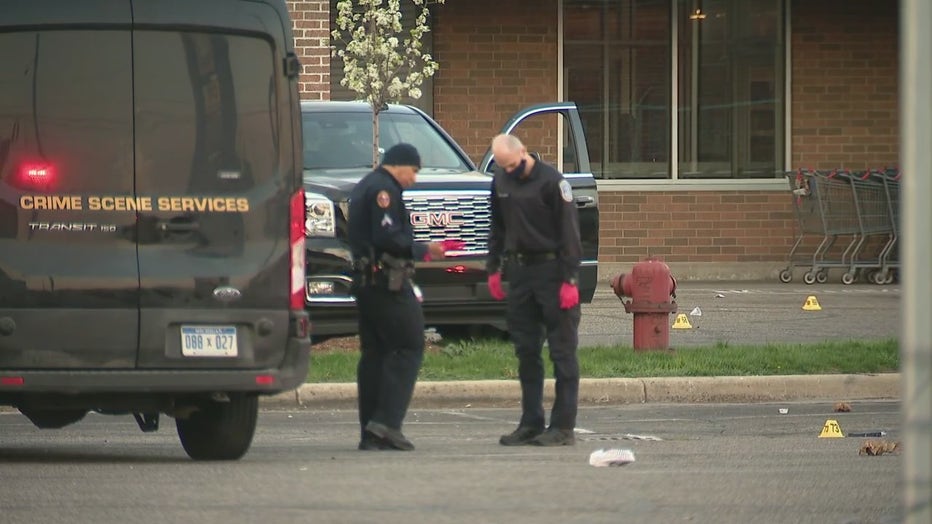 This is a developing story. Check back with FOX 2 for more details.