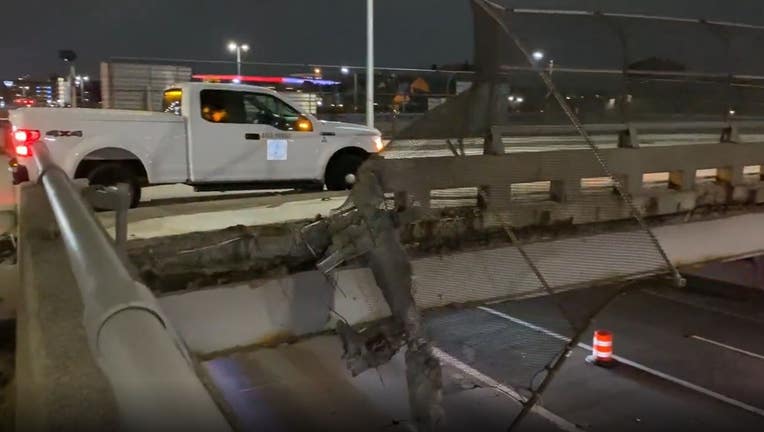 Brush Street barrier ripped off from side of the road.

DETROIT (FOX 2) - An SUV managed to bust through an overpass barrier over I-75 and fall onto the highway below early Tuesday morning in Detroit.

Michigan State Police redirected traffic for several hours while it cleared the freeway, which was covered with debris from the falling vehicle.

The incident happened on Brush Street around 1:55 a.m. when Detroit Police notified the dispatch center that a vehicle had crashed through the barrier and fallen onto the highway.

According to Michigan State Police, either the falling SUV or debris struck a vehicle driving on the highway. There were no major injuries in either vehicle.

Based on imagery from the scene, both the concrete barrier and the surrounding fence had been ripped off the side of the road.

Both MSP and DPD are investigating the scene.