DETROIT (FOX 2) - A 33-count indictment is damning alleging Taylor Mayor Rick Sollars and a former city official were on the take.

Charges claim Sollars received personal benefits not to mention money, so a business man could get his hands on tax foreclosed properties in the city. Sollars appeared in federal court downtown Thursday.

Charges claim Rick Sollars received personal benefits not to mention money, so a business man could get his hands on tax foreclosed properties in the

FOX 2: "How do you feel about what happened today?"

"I am not happy about any of it," said Sollars. "But again, I am innocent and I look forward to putting this behind me."

Allegations include $30,000 of renovations for Rick Sollars' home and $11,000 for his lake house, $12,000 for items like a new refrigerator, stove, $1,600 cigar humidor amid other items on the list - including thousands of dollars.  That cash is allegedly what businessman Shady Awad gave Taylor's mayor so Awad's company could get its hands on tax foreclosed properties owned by the city.

Awad allegedly texted the contractor doing work on Sollars' lake house writing "My relationship with Rick is worth $1 million ... so whatever it takes I'll pay for it."

FOX 2: "How do you defend the text messages between Mr. Awad and this contractor who was allegedly doing some free work on your house?"

"I haven't read the text messages as I just said, I will read them tonight and tomorrow and go over the details with my attorney," Sollars said. 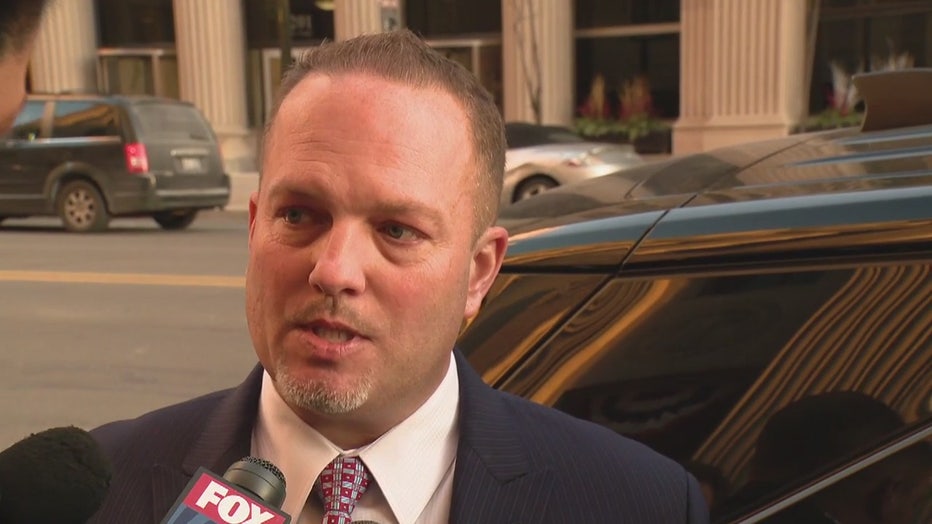 Sollars and Baum are also charged with 18 counts of wire fraud, alleging the two defrauded donors to Sollars' campaign fund in several ways like the mayor telling supporters to write checks directly to a market where events never happened.

Sollars and Awad were arraigned Thursday and released on bond. Federal prosecutors tell me Baum is expected in court on Monday.

Sollars was elected in 2013 and is in his second term as mayor following a stint as councilman.

Read the indictment below: