An auxiliary officer with the Taylor Police Department posted that the verdict in the Derek Chauvin trial was BS.

TAYLOR, Mich. - Taylor police say they have fired an individual who volunteered with the department after he posted inflammatory comments on social media regarding the Derek Chauvin trial.

FOX 2 has confirmed that the department has relieved an auxiliary officer for the Taylor Police Department.

In a post made shortly after the verdict was announced in the murder trial of the former Minneapolis police officer, the officer posted in all caps "BULL****." After comments asking why were posted, he replied that it was "not a fair trial."

"It’s unacceptable, it’s unprofessional and we are not going to tolerate it," said Taylor Police Chief John Blair. 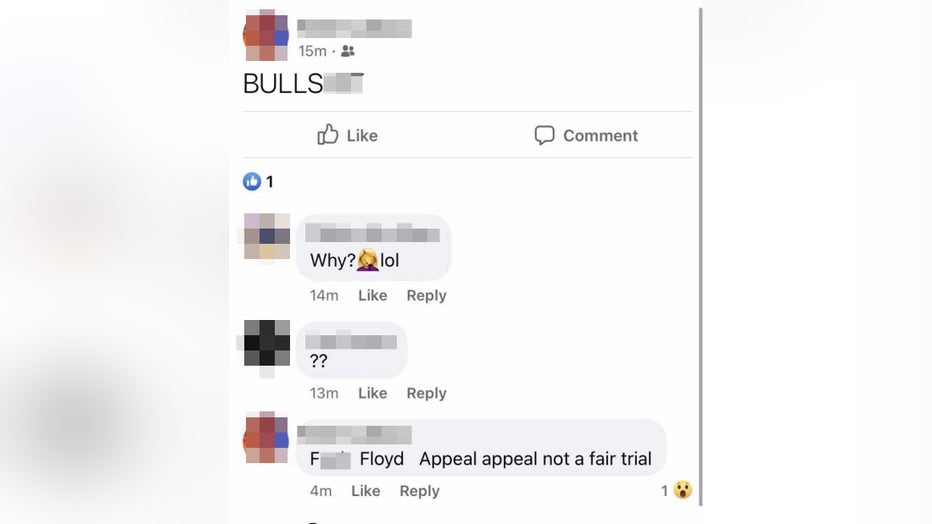 The officer's role in the department was as a volunteer, which allowed him to carry a gun but only work certain events.

Blair said he did not know the officer.

"I’m told that he has a girlfriend who is a minority, and lives in an area that is very diverse," Blair said, "But I do not know him, I don’t know what is in his heart."

The trial of Derek Chauvin concluded on Tuesday after a jury found him guilty of three charges, including second-degree unintentional murder.

"A man lost his life. We all saw the video I’ve been doing this 30 years and what he did was criminal. He was properly charged," Blair said. "The men and women in this department and many others in this country, this is not indicative of who we are."

Much of the country had been on edge as it awaited a verdict, which arrived after 10 hours of deliberation following a weeks-long trial of the former police officer. Cities like Detroit had prepared for unrest as it awaited a decision in the case.

While law enforcement remained actively engaged during the demonstrations, there was little property damage reported.

The city's police chief didn't expect much in the way of violence after the trial ended. Had the verdict been different, it's unclear what sort of response would have come.

Instead, Chauvin's conviction was welcomed by many community leaders in Detroit.