A 15-year-old boy is accused of ramming a Detroit police cruiser with a stolen vehicle Sunday evening. Police are looking for Michael Malik Brown.

DETROIT (FOX 2) - The 15-year-old carjacking suspect that rammed a Detroit police cruiser and nearly ran over an officer while fleeing law enforcement is now in jail.

Detroit police confirmed in a release Wednesday the teen was taken into custody. A social media post from the department's Project Green Light account said the suspect had turned themselves in.

The suspect, identified as Michael Malik Brown allegedly carjacked a GMC Yukon early Sunday before surveillance officers with Detroit spotted him. After following the stolen vehicle, they called for uniformed officers to stop the car.

While parked at a gas station to drop someone off, officers moved in to make an arrest. The suspect instead drove toward police, striking the cruiser and nearly running over an officer.

Police shot at the suspect during the incident.

The driver fled down a road before crashing into a tree. The suspect bailed from the scene, evading arrest Sunday night.

Chief James White spoke about the incident Tuesday, saying it was "another example of how our officers put their lives on the line." He had warned the teen was dangerous and officers were hard at work to get him off the street. 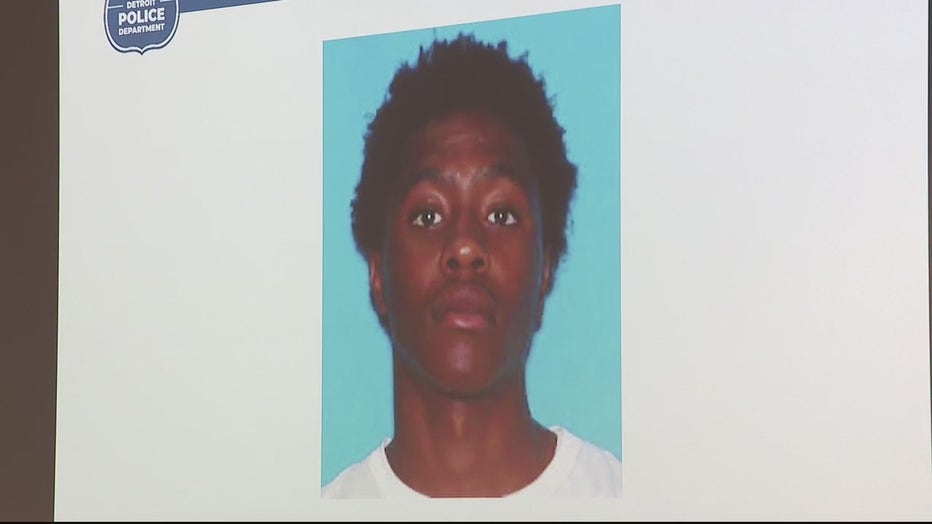 Detroit has been hit with a string of carjackings in recent weeks. Police are investigating a separate carjacking that happened Wednesday morning after a suspect asked a man for a ride before assaulting him and stealing his Jeep.