A Livonia man took to social media during multiple police chases, bragging about how many times he had fled officers.

LIVONIA, Mich. - A Livonia man who live-streamed himself involved in multiple police chases in Metro Detroit was arrested and charged with fleeing and eluding.

The Livonia Police Department compiled both dashcam footage and clips from Cody Mahon's live videos he posted to Facebook as he was driving from police on the freeway.

"So, I'm being pulled over and I'm not stopping," Mahon said in the first clip, which was posted April 24 in the later afternoon. In the clip, he's wearing a red bandana over his face and sticks the phone out the window to show a cop car with its lights on.

This would be the first of several streams that Mahon, 30, would make over the course of a rainy Saturday.

Police first observed Mahon driving a red Pontiac G6 with no license plate. He was in the area of Merriman and Schoolcraft. When an officer attempted to conduct a traffic stop on the vehicle, it instead fled east on I-96.

Police called off the pursuit. A short time later, officers became aware the scene had been posted to Facebook, allowing law enforcement to develop Mahon as a suspect.

At 6 p.m., officers observed Mahon again driving his Pontiac, this time traveling west on I-96. Again, officers terminated their pursuit after he fled exiting at Farmington and then again on I-96.

"I got in four police chases today - just again an hour ago," he said.

A third chase began after Livonia police got multiple 911 calls of a reckless driver in the area of Farmington and Schoolcraft. Multiple callers reported that a Pontiac was doing donuts in the intersection. When officers arrived, Mahon fled in his vehicle. The pursuit was terminated after he got back onto the highway.

"I got 10 police cars on me," he says in another stream. "That's five police chases in one day. I'm not worried about the police." 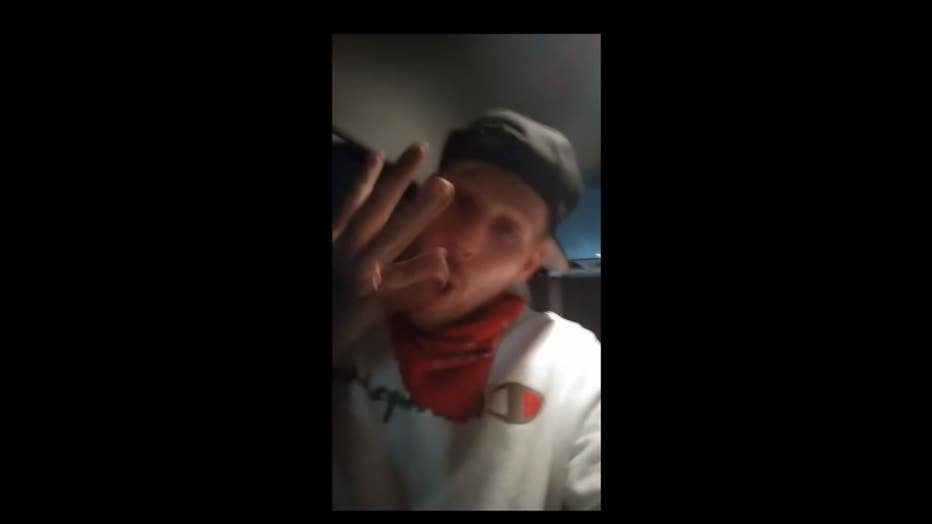 "So, I'm being pulled over and I'm not stopping," Cody Mahon said in the first clip, which was posted April 24 in the later afternoon. In the clip, he's wearing a red bandana over his face and sticks the phone out the window to show a cop car with it

Mahon was finally apprehended two days later when he was walking near his car in a parking lot at a Walmart in Van Buren Township. He was safely taken into custody without incident. The Pontiac was impounded.

A release from Livonia Police noted that Mahon had also fled Redford Township and Farmington Hills officers as well.

Mahon was arraigned on three counts of fleeing and eluding and had his bond set for $100,000.