Clawson woman stuck in Ukraine as Russia invades during her visit

A Metro Detroit woman traveled to her home country of Ukraine last week and just a few days later, Russia invaded. Now she's trapped there with no way of getting home.

SOUTHFIELD, Mich. (FOX 2) - Over half a million people have fled Ukraine since the beginning of the Russian invasion. Many people who live in Metro Detroit are from Ukraine or have family in the country, including a Clawson woman who visited her mother just days before the invasion.

Valentina Barsukova isn't watching what's happening on TV, she just has to look out the window. She was back home for her mom's birthday when the invasion happened.

"A lot of killed people. A lot of burned cars everywhere. A lot of broken windows. It’s pretty bad," she said.

Since Thursday, she's lived the nightmare that we've seen unfolding during the invasion - including tanks rumbling through her neighborhood in Kharkiv, Ukraine's second-largest city.

"We came here Monday. Thursday morning the shots start. The whole sky was on fire. It woke us up and there's a curfew and everything is closed," she said.

Barsukova said they're able to leave the house for food, but the wait is extremely long.

"Just going for the food. Stay in line. Lines are big and long. For three hours. We did (it) once," she said. "Stores are empty because nothing is delivered."

On Monday, Barsukova spoke with FOX 2's Brandon Hudson via FaceTime. During that call, we could hear explosions from outside her window.

Barsukova: "You guys can probably hear this."

FOX 2: "Is that a gunshot or explosion?"

Barsukova owns a dance studio in Clawson and, despite the harsh reality of war outside her window, she's kept in touch with instructors and students in Metro Detroit via text messages.

Barsukova's exhausted many options to get home but hasn't had any luck yet. Trains traveling to Poland are packed with women and children and people are forced to wait and see if a seat opens up.

Also, taking a taxi isn't possible either as tanks are running the street and the American Embassy is also gone, she said.

"No one can help American citizens because there is no American Embassy in Ukraine anymore," Barsukova said. "You cannot call anywhere. I called to train station and bus station. Nothing works. Everything is closed. Everything is out."

The good news is she has heat, food, water, and electricity and, of course, a lot of prayers from Michigan. She also still has her good spirits.

Barsukova said she did not expect anything like this to have happened and would not have traveled if she had expected it. 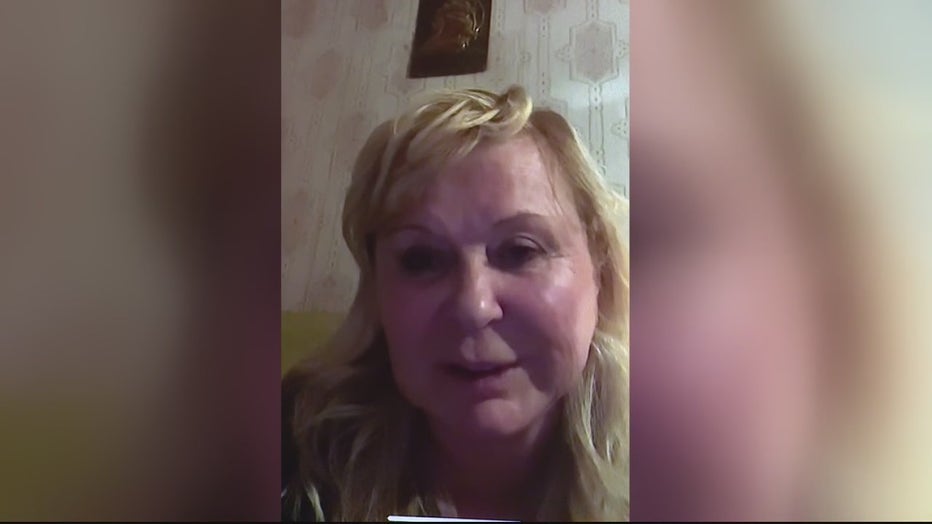 Valentina Barsukova is trapped in her home country of Ukraine after traveling home last week, just days before Russia invaded the country.