On Monday they learned school safety policies and procedures were never implemented at Oxford High School according to two former school board members, including former president Tom Donnelly.

DETROIT (FOX 2) - Parents of two of the Oxford students killed on November 30th are responding to new allegations about the school district. Today ex-school board members said that a key policy was never implemented that could have prevented the mass shooting.

"I'm not surprised, it's more of the same: They dropped the ball, and then they covered it up," said Jill Soave.

Monday brought another blow for Jill Soave, whose son, 17-year-old Justin Shilling was shot and killed in the bathroom at Oxford High School almost one year ago.

Soave was sitting side-by-side with attorney Ven Johnson and the Myres that know how she’s feeling, after losing their son Tate Myre.

"Tater was my kind, loving soul. He loved making people laugh, and wanted to be everybody's friend," said Sheri Myre, his mother.

The interview  Monday was, to remember these lives lost during a sensitive time, the one-year mark of the tragedy.

"He lifted everybody up. He was the first to make you laugh. He celebrated all your victories. He was my biggest supporter," Soave said.

As they prepare for a devastating week ahead, more crushing news. With all of us, they learned today that school safety policies and procedures were never implemented at Oxford High School according to two former school board members, including former president Tom Donnelly.

Specifically, they said, a step-by-step policy book was never enacted, which could have changed everything - especially in identifying the shooter’s potential threat risk.

"There wasn't a team together to be able to make a decision on that kid when he went into the counseling office that day," said Buck Myre, Tate's dad.

These parents agree – regardless of what should have been in place, common sense was not, when the shooter was caught with a violent drawing the morning of the shooting brought into the counselor's office, and sent back to class, with the murder weapon.

"Common sense would have said, 'I'm going to look in the backpack.' Could somebody have done that? How much more common sense can you get?" Soave said. "No they gave the devil back the keys to the kingdom."

These families were gracious enough to talk with us for quite a while, about what they’ve gone through this last year. We will have much more to come from them on the anniversary this Wednesday.

A statement has been released by the law firm of Giarmarco, Mullins & Horton, P.C. on behalf of the school district late Monday afternoon.

"We are aware of the allegations made by former Oxford Community School Board members during today’s press conference. Mr. Donnelly is correct in acknowledging that the District had appropriate safety policies in place since 2004. He also confirmed that multiple staff members received threat assessment training before the November 30 tragedy. Many of the former Board members’ allegations show a misunderstanding of the facts. The details regarding the training and use of threat assessment procedures in advance of the November 30 tragedy will be discussed at length by members of the staff who implemented the policies prior to November 30, 2021. As in previous depositions, the District will fully disclose all relevant facts and procedures in the forthcoming legal proceedings." 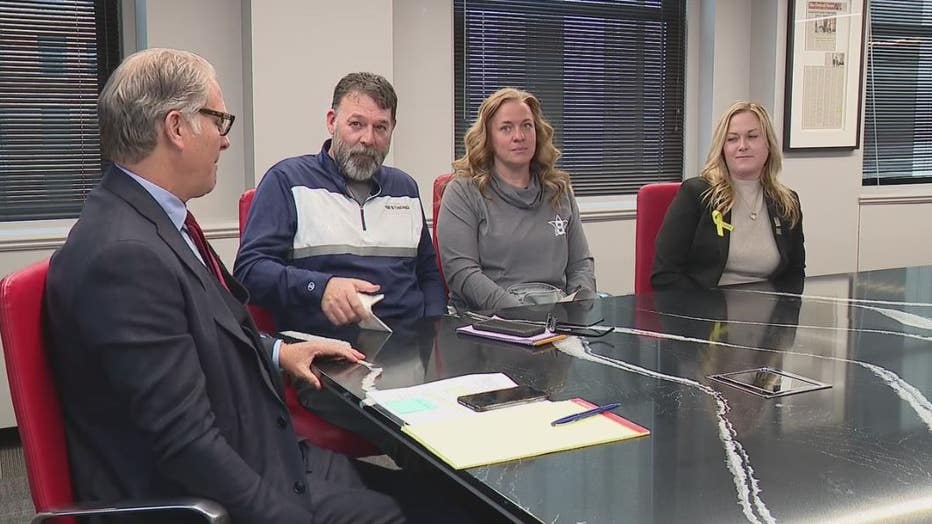