In a statement that turned heads for many state and city leaders, President Donald Trump on Monday threatened to send in federal troops to cities "all run by liberal Democrats" in an effort to quell protests. Among the list of cities he listed were New York, Chicago, Philadelphia, Baltimore, Oakland, and Detroit.

The president's escalation of his "Law and order" tactics weren't well received in Michigan or most other cities he threatened to deploy federal troops to. Gov. Gretchen Whitmer called the president's statement "deeply disturbing" and said "quite frankly, the president doesn't know the first thing about Detroit." Attorney General Dana Nessel said the decision was about "using the power of his office as a cudgel to punish those who use their constitutionally guaranteed rights...."

Even U.S. Rep. Rashida Tlaib, D-Detroit, got into the action Monday when she said she planned on standing between any presence of federal agents and the people in the city.

The president listed Detroit among other cities as places he would send federal troops to quell violence protests staged in the city. He received a strong rebuke from the governor and attorney general.

It's also not entirely clear what the president was referring to when citing "anarchists" in Detroit. Like most cities, widescale protests following the death of George Floyd at the hands of a Minneapolis police took place in Detroit for several weeks. However, most cases of violence regarding the protests took place on the first few days of demonstrations. Since then, the protests have been peaceful.

However, the city did report a violent weekend with officers responding around 30 shootings and seven fatalities, including a quadruple shooting at a coney island late Sunday night when three people died.

The appearance of federal agents in a city was first reported in Portland, Oregon, when protesters said they were being detained by troops and being placed in unmarked vans. The incidents took place during continued violence in the city between demonstrators and law enforcement. It was also met with widespread condemnation from the city's mayor, Oregon's governor, and the state attorney general who said they'd be filing a lawsuit against federal agents.

The president said the agents dealing with unrest in Portland have "done a fantastic job."

Even with the president's decision, law enforcement in Detroit is still embroiled in its own controversy. One of their own was just charged with three counts of felonious assault after firing rubber bullets at members of the media during some of those early protests.

Three photographers: Nicole Hester from MLive, and two freelancers, Seth Herald and Matthew Hatcher allegedly identified themselves to police as members of the media and crossed Woodward and State Street.

That is when it has been alleged that DPD Cpl. Daniel DeBono fired rubber bullets at them. It is a shooting that Prosecutor Kym Worthy called unprovoked and criminal.

An MLive photo showed the injury to Hester’s eye. Herald and Hatcher also reported injuries to their body from the rubber bullets. A call from their employer was made to Detroit Police Chief James Craig.

DeBono faces up to 12 years in prison if he is convicted.

And in another bit of news pertaining to police, support is now surging for Nessel to review a fatal shooting by a Shelby Township officer of an unarmed man in 2018. The video of the shooting reemerged on the second day the department's police chief returned to work after being suspended for comments he made about protests earlier in June.

Video from the shooting shows a 25-year-old Kanwribir Malhi who police say had stolen his mother's car, was using drugs and according to investigators, said he would not be taken alive and mentioned suicide-by-cop if police were called.

Some protesters believe Malhi was not given a chance to surrender to police. An officer shot him just moments after he got out of the vehicle after he seemingly reached into his jacket.

The Macomb County Sheriff's Office which investigated the incident found no gun on Malhi's person or in the car.

Ninth grade teacher Own Bondono has a passion for helping students that goes well beyond teaching them Language Arts.

He says his goal is to "always make sure students whether they are marginalized because of their race, their ethnicity or gender identity, their sexual orientation, that they feel safe in school." That's because Bondono, who's a queer and trans person, says he remembers growing up and not feeling valued in school.

"I know from a personal standpoint how vulnerable you feel when you're not safe and how when you feel that vulnerable everything else takes a back seat," he says.

An Oak Park High School teacher who helps all students feel safe in his classroom has been named Michigan Teacher of the Year.

And now, the Oak Park High School teacher has been named Michigan Teacher of the Year.

Bondono's role within the school comes at a time of cultural reckoning regarding civil rights of all marginalized groups. He is now in the running for National Teacher of the Year.

The White Lake Township Police Department has identified the body of a woman which was found badly burned.

The deceased woman has been identified as 33-year-old Susie Zhao according to investigators Monday. It is still unclear how she died.

Zhao's body was found July 13 at a state land parking area on Maceday Lake Road and Cross Road. The location where the body was found is shaded by a forest that's part of the Pontiac Lake State Recreation Park. 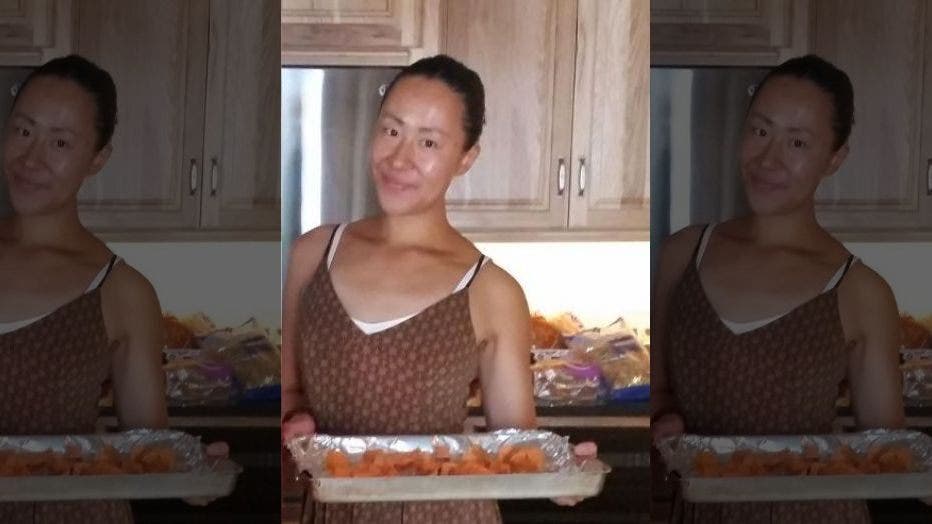 Tuesday will bring low humidity and some evening storms. Expect a muggy one on Wednesday.

A comfortable Tuesday with showers and storms set to return.

Humidity remains low another day with a muggy Wednesday to come.

Trump coronavirus briefings are coming back after new surge in cases

President Trump said Monday that he will reinstate his coronavirus briefings amid a new surge in COVID-19 cases throughout the country.

“We had very successful briefings, we had a lot of people watching, a record number of people watching,” Trump said after an Oval Office meeting with Senate Majority Leader Mitch McConnell, House Minority Leader Kevin McCarthy, Treasury Secretary Steve Mnuchin and Vice President Mike Pence. "In the history of cable television there's never been anything like it."

“Frankly a lot of the country has been doing well, as many people don't say, as you understand. But we have had this big flare-up in Florida, Texas, other places. So I think what we’re going to do is I’ll get involved and we’ll start doing briefings,” Trump continued. He said his first briefing would be Tuesday at 5 p.m.