UAW workers dig in on day four of GM strike

He's been at the Romulus Engine Plane for nine years - his house across the street is now a makeshift home base for fellow strikers. He's making sure there's cold water, fresh signs and a bathroom.

Steps away from his house, and Wright is on the picket line for day four of the UAW-GM strike. "I'm second generation working in this plant. My mom did 39 years in this plant," he said.

He's been at the Romulus Engine Plane for nine years. His house across the street is now a makeshift homebase for fellow strikers. He's making sure there's cold water, fresh signs and a bathroom.

"We're making sure they got wood over there too, fire to keep them warm. I know it got a little cold last night," he said.

The sun set on Day 4 with no deal in downtown Detroit between General Motors and the UAW. The union says there's some progress, but that's it.

Families are starting to feel the pinch, at $250 before taxes in union pay a week.

"That's not much," Wright said. 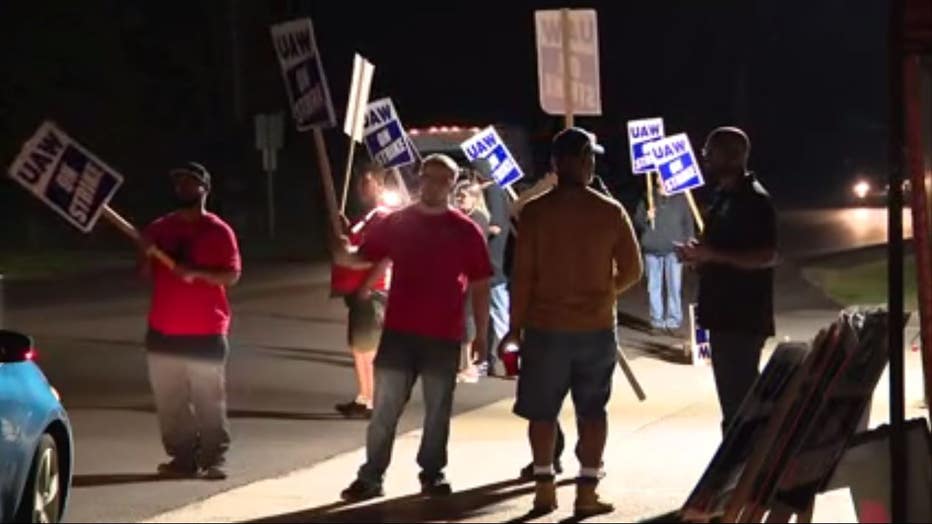 The backdrop of these talks is the federal probe into corruption of UAW leaders. On Thursday Republicans in Congress called for a congressional investigation into what some of them call "widespread brazen lawbreaking" - with a focus on UAW leader Gary Jones.

The sights and sounds of this strike continued into Friday.

Detroit rapper GMAC CASH adding to the noise releasing a song about the strike, hoping to keep the energy up on the line.

Both sides will return to the bargaining table Friday morning, the UAW says they will continue those negotiations through the weekend and beyond if a tentative agreement is not reached.