Authorities are still trying to determine what led a man to kill his wife and family dog, shoot his adult daughter, and then shoot at police who showed up to help before he was killed.

WALLED LAKE, Mich. (FOX 2) - The Oakland County Sheriff's Office is still working to find a possible motive for why a Walled Lake man killed his wife, the family dog, and then shot himself before he was ultimately killed by deputies early Sunday morning.

The sheriff said on Monday that autopsies on the man, identified as 53-year-old Igor Lanis, and his 56-year-old wife were complete. The initial results show both died from gunshot wounds but official results are still pending.

Detectives are still reviewing cell phone and electronic data that belonged to Lanis to see if they help determine a possible motive.

"This is an unbelievably horrific act," Sheriff Michael Bouchard said. "It is so sad on so many levels but due to the response and professionalism of our dispatch, the Walled Lake officers and Oakland County Sheriff’s Office Deputies at least one victim was saved. We will actively pursue information to gain insight into what set this into motion."

The call to Walled Lake Police came in around 4:10 a.m. on Sunday when the daughter of Lanis said her father had just shot her. She couldn't provide more information but the sheriff's office was able to triangulate the area and responded to the home on Glenwood Court within five minutes.

While out of their cars, deputies heard a gunshot from the home and Lanis came out the front door with a shotgun. He fired it at the officers but didn't hit anyone. A Walled Lake Police Officer and Sheriff's Deputy shot back, killing Lanis.

The man's 25-year-old daughter was trying to crawl from the home when law enforcement arrived. They were able to pull her to safety. Inside the home, however, police found her mother shot multiple times in the back. It's believed she was trying to run out the front door when she was shot and killed.

The man's daughter was initially hospitalized with critical injuries but has been upgraded to stable at the hospital. 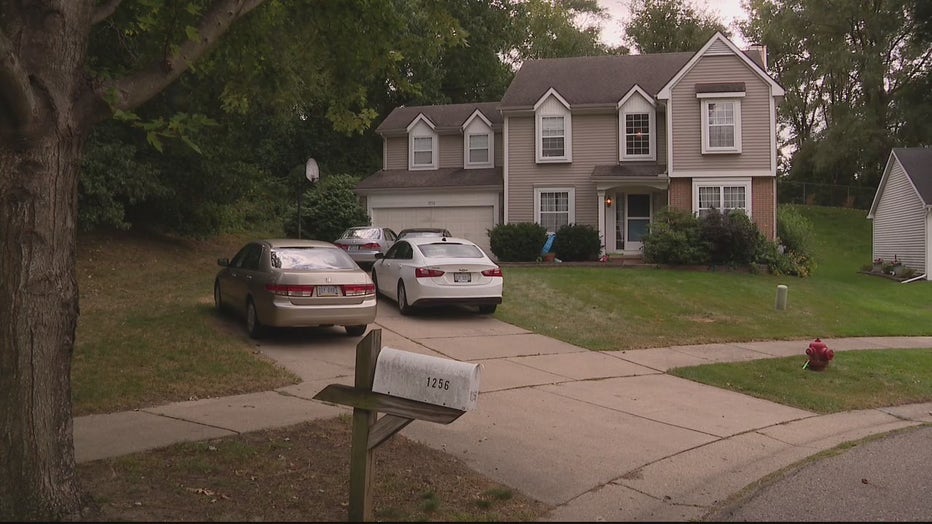 Police investigate a shooting in Walled Lake where a man killed his wife, shot his daughter, and thenw as killed by police.

The family dog was shot multiple times and was killed.

A neighbor, who didn't appear on camera, said they had no clue what was happening inside that house.

"Behind the closed doors you don’t know, none of us had any clue, just a quiet family over there," the neighbor said. "I’m traumatized and I just can’t get over what happened to that family because Igor was just so outstanding as a neighbor, friendly, walking his dog Sammy talkative and very friendly."

A post on a Reddit thread from a family member went up after the shooting on Sunday, saying the man had been reading conspiracy theories from extremist corners of the Internet. The poster, who identified themselves as a child of the shooter attributed "the Q rabbit hole" her dad went down in the wake of the 2020 election before he turned violent.

"He always wanted to keep us safe and healthy," went the post. "It kept getting worse and he verbally snapped at us a few times. Nothing physical though. He never got physical with anybody."

"Well, at around 4 AM on September 11, he had an argument with my mother and he decided to take our guns and shoot her, my dog and my sister."

FOX 2 has confirmed the details in the Reddit posting describing what unfolded in Walled Lake household prior to the shooting.