WARREN, Mich. (FOX 2) - Warren Police Commissioner Bill Dwyer and Mayor Jim Fouts held a news conference Wednesday to give more details about an arrest made in a hate crime case.

Dwyer said a 24-year-old man who lives in the same neighborhood has been arrested and will be soon facing nine charges, eight of which are felonies.

Dwyer did not give the suspect's name but said the man will be arraigned on Thursday. He is facing multiple counts of ethnic intimidation, multiple weapons charges and property destruction charges. You can see the full list of charges below.

Dwyer said the suspect confessed to the crimes again the Hall family as well as another incident in which the word "pedophile" was written on a different neighbor's garage door several times. Dwyer said separate charges are forthcoming in that case.

The case dates back to Aug. 31 when a man fired multiple shots into the Hall family's home, hitting their truck. The Halls are an African American couple that have a Black Lives Matter sign on the front lawn.

On Sept.2, the couple were further alarmed after someone threw a brick through the front window of their home, scribbled obscenities on their truck and slashed the tires.

The Halls, who have a 16-year-old daughter, had been sleeping in hotels, not feeling safe in their home. Meanwhile, Warren police announced a $3,000 reward for information about the suspect.

Dwyer said in the news conference Wednesday that the suspect was identified after detectives combed the area for witnesses, put up reward flyers, maintained physical surveillance with officers in plainclothes and in marked units and worked with the FBI to have a pole camera set up in the area. A search warrant was executed Tuesday at the suspect's house and he was taken into custody. 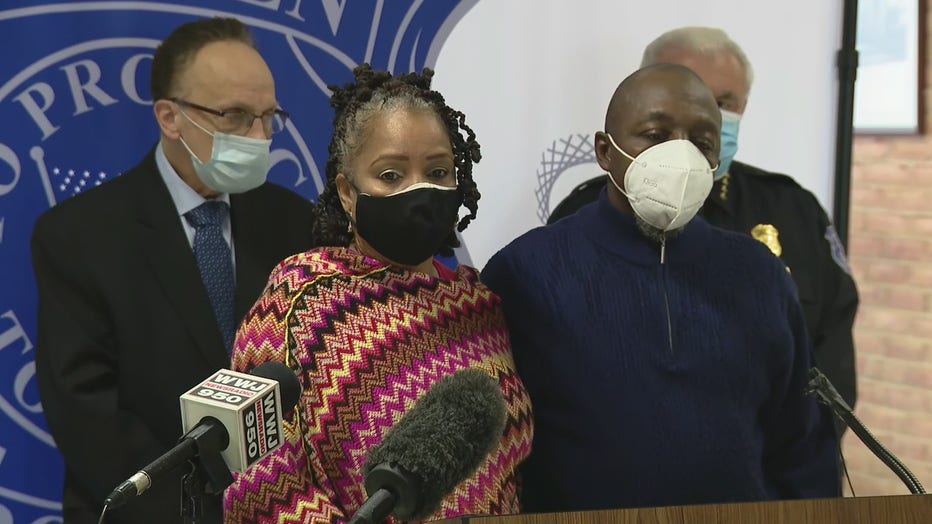 "Hate crimes such as these will not be tolerated in the city of Warren," Dwyer said, saying that what happened to the Halls was "disgusting."

"In this city we do not tolerate any type of crime - but particularly racist terrorism. And make no mistake about it, this was a racist terrorist. He not only terrorized the Halls repeatedly but he also affected another person and it has been an absolute nightmare I know for you, Mr. and Mrs. Hall, as well as for everybody in the community and most importantly for the Warren police," Fouts said.

A man has been arrested and is accused of terrorizing a family in Warren by throwing rocks through windows and destroying property because of a Black Lives Matter sign.

Dwyer said the suspect did express remorse, but then said he'd "leave it at that."

Dwyer said the suspect is facing the following charges: