While watching video of her grandma being abused at a nursing home in Warren, she put her hands over her mouth in shock.

"Oh my god. Oh my god," she said, before looking away.

Video obtained by FOX 2 from the nursing home shows a worker grabbing a 91-year-old woman by the back of the neck, and forcing her head down. More footage shows him roughing her up, and shoving her into her wheelchair.

"And taking her by the back of her head, and then taking the head and pounding it down on the counter, viscously, violently," said Warren Police Commissioner Bill Dwyer.

Family members were disturbed after watching video of their grandmother abused in a nursing home in Warren.

The footage was taken at the Advantage Living Center, located on Twelve Mile Rd in Warren.

"I just don't understand what would make a person do that to someone. And especially someone so fragile like her. She's never been a threat to anybody," said Sharp, "and she definitely doesn't deserve that. My family and I just want justice for her and others like her."

The man police believe is in the video is a 64-year-old named Ronald Fletcher. Employed by the nursing home for only three weeks before the incident happened, administrators with the facility said he had a clean background check before they fired him. A few hours later, the facility called the cops.

Fletcher, a Licensed Practical Nurse (LPN) was arraigned in early February on one count of vulnerable adult abuse in the third degree, a high misdemeanor. Fletcher is also believed to have put a bandage on the victim's head and make it seem like she just fell. Sharp said there was a large laceration on her grandmother's forehead when she saw her.

Another woman who didn't want to be identified but has a loved one at the nursing home warned these kinds of incidents can happen anywhere.

"We are aware of an alleged incident at Advantage Living Center Warren. We are currently in the middle of our internal investigation and working collaboratively with the local police department and the State of Michigan Department of Health and Human Services. At this time, Federal and State privacy laws prevent us from commenting any further on the details on the alleged incident."

"Advantage Living Centers remains committed to continuing to provide high-quality care and treatment to the residents and families we have the privilege to serve," the statement read further.

Macomb County Prosecutor Eric Smith also weighed in on the incident, with a statement reading: "Physical abuse of vulnerable adults, particularly by their caretakers, are some of the most despicable crimes we see as prosecutors. We will continue to authorize the most serious charges permitted by law on defendants that abuse vulnerable adults in Macomb County." 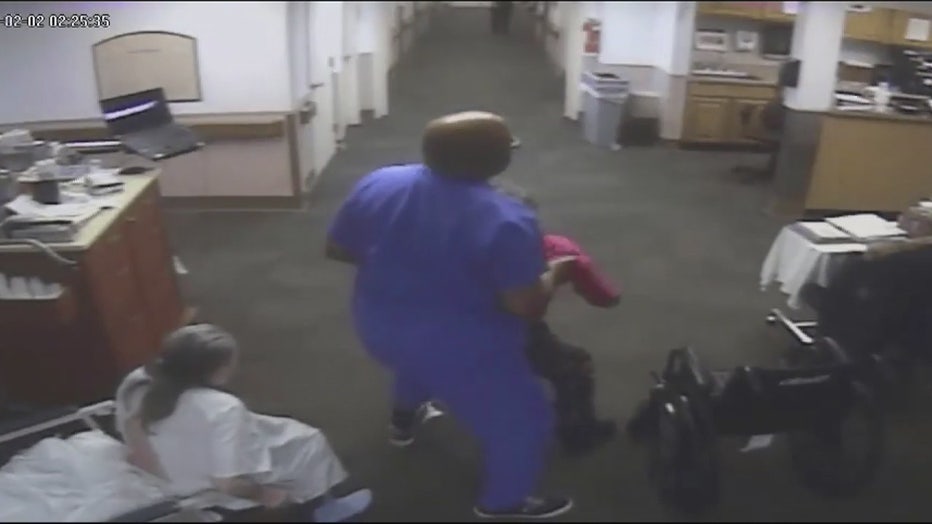 Officials with Michigan's Licensing and Regulatory Affairs said "all past inspections and investigations have been addressed and closed. We cannot comment on any ongoing or future inspections or investigations."