WARREN, Mich. (FOX 2) - Across the nation, 2 million people are wanted on fugitive warrants. Of those 2 million, 11,000 are wanted for homicides. Local police and federal authorities alike work together to find and arrest these fugitives. Last week alone, the U.S. Marshals Service and Warren Police arrested 50 of them in just five days.

Operation Crucial Capture in Warren rounds up fugitives in Warren

Find out what it's like for the officers as they approach a different man who promised not to go down without a fight as Erika Erickson rides along with US Marshals and Warren police.

"It's all about teamwork," Dwyer said Thursday.

The suspects arrested in Warren and across Metro Detroit were wanted for crimes like bank robbery, sexual assault, home invasion, armed robbery, drugs, and weapons charges.

"If you're out there with a warrant, we're coming after you," Chief Deputy U.S. Marshal Mark Jankowski said.

U.S. Marshals worked aggressively with more than a dozen local, state, and federal agencies to capture the wanted suspects.

"Many of those arrested are career criminals with a history of violence," Dwyer said.

During Operation Crucial Capture, FOX 2's Erika Erickson rode along with law enforcement as they arrested people like Lorenzo Allen who's been breaking into homes for the past 15 years.

Another man, Darnell Johnson, is particularly violent and vowed that he would "not go down without a fight." He was charged with assault with intent to murder in August of 2018 but was given a low bond. Once out of jail, he cut his GPS tether. But police have tracked him down.

"This was a violent criminal who was on the run for a long time. And everyone is safe now that he's in custody," said Supervisory Deputy US Marshal Aaron Garcia.

"We know he's in there and we're gonna find him," Garcia said.

And they did. They found him hiding in a closet.

In total: 134 cases were cleared, 6 firearms seized, and over $20,000 in cash was discovered in just 5 days. Man of the fugitives were hiding in 15 cities and now are facing federal charges.

Dwyer credits the team for the organized approach to take down the dangerous fugitives.

"This was an extremely intense, well organized and well planned and executed operation," Dwyer said. 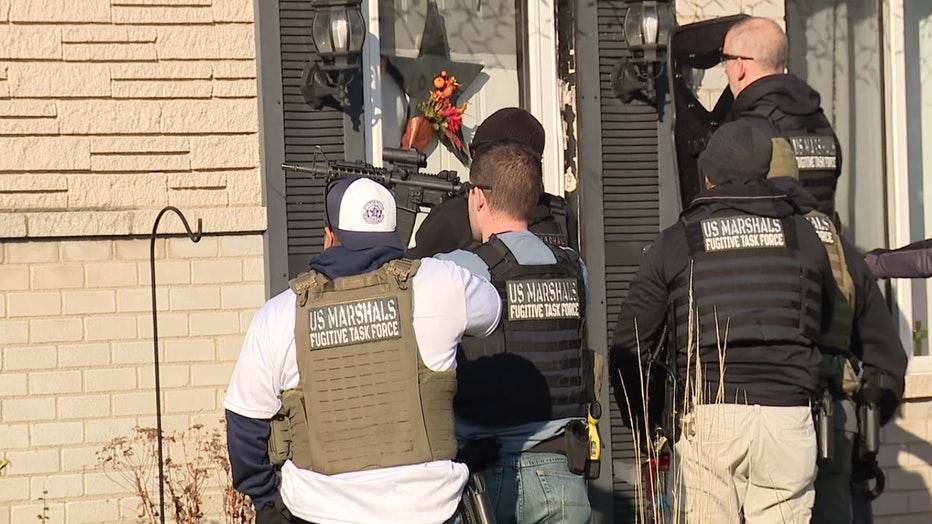