TUESDAY NEWS HIT - One final round of restrictions awaits Michigan residents before the year comes to a close. The governor has given the state 12 more days to push down its infection rate and stabilize climbing hospital rates before it will reopen.

By December 21, Michigan will dip its toes into the water of reopening by proceeding on a "pathway to cautious re-engagement."  From there, a staggered approach of restarting the state will commence, first with reopening indoor venues where masks can be consistently worn.

As progress continues, the state will reopen other sectors of the economy that can't abide by face mask rules. "It's unlikely we'll be ready to do so in 12 days, but we will do so as soon as we can," said health department director Robert Gordon.

December was predicted to be one of the worst months in the country's history - both from an economic vantage point as well as a public health one. Now embroiled in the emergency, Gov. Gretchen Whitmer has laid out what the state will need to do to return to normal in 2021.

Michigan’s restrictions for COVID-19 will remain in place until Dec. 20

Another 12 days separate Michigan from an easing of restrictions as the state struggles to push down its curve which increased more than four times since September.

“Hope is on the horizon, but we need an additional 12 days to determine the full impact of the Thanksgiving holiday on our efforts to mitigate the spread of the virus,” Whitmer said. “This is all about protecting our families and frontline workers until we eradicate this virus once and for all."

Health experts will be following three metrics to determine how cautious the pathway to re-engagement will need to be: Hospital beds filled, rate of new COVID-19 cases, and test positivity rate.

As of Monday, the test positivity rate was 14.4%, well above the recommended 3% rate that was achieved in the summer and is believed to be one of the earliest indicators of which direction COVID-19 is trending.

The Upper Peninsula has already seen its test positivity rate fall to 8.1%, down from double digits in November. However, some regions like Saginaw are almost at 20%.

The next metric experts like Dr. Joneigh Khaldun are watching is the number of cases per million people. This indicator also gives officials an idea of what hospitals can expect in the coming weeks.

Michigan is at 522 cases per million people per day. That number needs to be well below 100 in every region of the state.

Director Gordon noted the trend of case rates in Michigan has fallen over the last couple of weeks, but are looking for more meaningful movement to continue.

The delay of COVID-19 means there is often a two-week lag between what officials note in their testing and what the hospitals are witnessing. After seeing an exploding number of new cases, hospital CEOs warned of what was on the way if people's behavior didn't change immediately.

Currently, the state's total bed capacity is 74% filled. Some facilities are reporting far higher occupancy rates while others have more room to spare.

When will restrictions be lifted?

"One thing we've learned is that progress against COVID is hard to earn and easy to lose. We need to open cautiously, not recklessly," Gordon said.

He said the first thing Michigan officials are looking at doing once the reopening process can begin again is to give local communities the ability to reopen high schools.

The next step, he said, would be to open indoor venues that allow those inside to continue being consistently masked, such as movie theaters, bowling alleys, casinos, etc. He said movie theaters would be allowed to open under the condition that the concessions are closed because then people won't be eating and drinking.

And if progress continues, Gordon said the state will eagerly lift restrictions on businesses beyond those mentioned.

"We're not ready to do that now and it's unlikely we'll be ready to do so in 12 days but we will do so as soon as we can," Gordon said.

A Note about Christmas

Similar to the calls about gathering during Thanksgiving, Whitmer and others want people to stay home for the holidays this December.

"No matter what we show in the next 12 days, I am discouraging people from gathering for Christmas. It doesn't mean we cancel Christmas, it means we celebrate in a responsible way and we make our plan, now," Whitmer said. "If our numbers come down a good amount, it still doesn't mean COVID is gone by Christmas."

While no one was planning on celebrating a normal Christmas this year, Whitmer says how the state behaves over the holidays will help determine just what kind of struggle Michigan will be in for at the start of the new year.

Herbert Elfring was among the few in attendance at the Veterans Memorial Park in Jackson to have been in Hawaii so many years ago.

The 98-year-old usually travels to the site itself each year to commemorate those lost at Pearl Harbor on Dec. 7. But this year, he traveled to Jackson instead.

"It’s humbling to realize you’re only one of the few still left," he said. "And of course when you think about the many that did not survive the attack on Pearl Harbor Day."

On that fateful date 79 years ago, Herbert Elfring, who was 19 years old at the time, was a few miles down the coast of Pearl Harbor.In the morning the US Army veteran heard a sound he has never forgotten.

Seventy-nine years ago, a 19-year-old Elfring was a few miles down the coast of Pearl Harbor when he heard a sound he has never forgotten.

"I had just finished my breakfast and was reading the bulletin board when the first Japanese Zero came over and strafed, it only missed me by 15 feet," Elfring said.

A Wyandotte woman had to dust off some moves she learned from her martial arts-trained husband Sunday night when she was jumped by a robber.

Tracy Orsargos had gone to a gas station on Ford Ave. and 17th in Wyandotte when a man who parked next to her exited his vehicle when she left hers.

“That man jumped out of the car and came running," she said. "I could hear him and then he just tackles me and then I was fighting for my life.”

Wyandotte woman opens up about her violent attack at gas station

Tracy Orsargos said it happened at 9 Sunday night at the Sunoco on Ford Ave and 17th in Wyandotte. As Orsargos got out of her yellow SUV, so did the man parked next to her.

Surveillance cameras caught part of the attack. Orsargos says the man was after her wallet.

“He had these big crazy eyes like he was determined to get my wallet,” she said.

Curiously, another man that was in the attacker's car just before Orsargos was jumped had gone inside the station to buy gas, "paying with $5 worth of coins."

He later claimed to not know what was happening, although the victim is skeptical of that notion.

Gunfire exchange shuts down I-94 at Van Dyke

Another freeway shooting late Monday night shut down part of the highway on I-94 after a woman said she heard what sounded like gunshots.

Investigation of freeway shooting on I-94

Monday night meant reports of another freeway shooting in Detroit, but there were no injuries.

No injures were reported and the highway reopened at 11 p.m.

There have been several reports of gunfire on highways this year.

Police issued an Endangered Missing Subject alert for the Shelby Township man, who may be driving a 2013 gray Chevrolet pickup truck with a Michigan plate DYL4397. 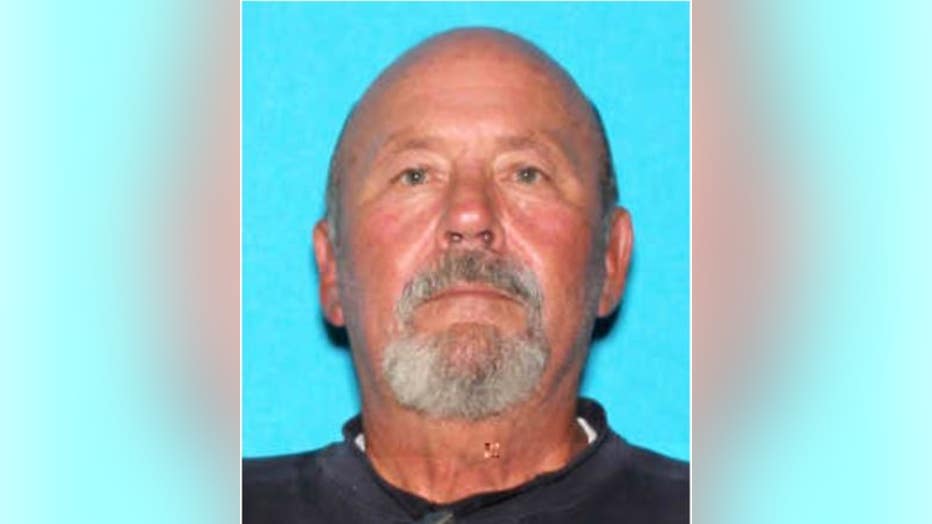 The man is five-foot-six-inches tall, 170 pounds, and is balding with gray hair on the sides and back with a mustache.

If spotted, investigators ask that you call the Genesee County dispatch at 810-732-9911.

Several Michigan lawmakers were forced into mandatory quarantine after potential exposure to COVID-19 during a hearing at the capitol last week.

Rudy Giuliani, who tested positive for the virus over the weekend, was in Lansing on Wednesday where he spoke at length and interviewed several people during a hearing in front of the House Oversight Committee.

Mandatory quarantine now required for many after Giuliani hearing in Lansing

The Ingham County Health says anyone who did not wear a mask during the Rudy Giuliani hearing and anyone who came within six feet of him must quarantine.

The Ingham County Health Department says it's extremely likely that the president's personal attorney was contagious and anyone who did not wear a mask during the hearing and anyone who came within six feet of him must quarantine.

Democrats have spent the past several days criticizing the hearing and the potential danger it put many people in due to the coronavirus.

1. Those remarkable stories about dogs coming home after a long journey might feel like fantasy, but every once in a while, they happen. Just ask Lola, a black Lab.
2. The first man to ever break the sound barrier has died at 97. Chuck Yeager had his name cemented in space exploration lore when he flew faster than the speed of sound on Oct. 14, 1947.
3. Leave it to the Lions to find ways to miraculously lose - and win - when either option feels impossible.

Temperatures rebound from Monday, climbing up to 39 degrees by midday. It should be partly cloudy for the bulk of Tuesday.

Temps slowly creep up through the week, rain for the weekend

The first shot was given to Margaret Keenan, who turns 91 next week, at University Hospital Coventry, one of several hospitals around the country that are handling the initial phase of the program on what has been dubbed “V-Day.” As luck would have it, the second injection went to a man named William Shakespeare, an 81-year-old who hails from Warwickshire, the county where the bard was born.

“I feel so privileged to be the first person vaccinated against COVID-19,” said Keenan, a former jewelry shop assistant, who wore a surgical mask and a blue Merry Christmas T-shirt decorated with a cartoon penguin wearing a Santa hat and red scarf. “It’s the best early birthday present I could wish for because it means I can finally look forward to spending time with my family and friends in the New Year after being on my own for most of the year.”