SOUTHFIELD, Mich. (FOX 2) - The Fourth of July is upon us and Michigan is largely reopened to what life was like before the pandemic. According to AAA Michigan, that includes traveling - which expects to see 1.5 million residents traveling for the holiday.

With 1.5 million Michigan residents expected to venture out for a trip this weekend, that's would be the third-most on record and 22% higher than 2020.

"Travel is back this summer, as Americans eagerly pursue vacations they’ve deferred for the last year-and-a-half," said Debbie Haas, Vice President of Travel for AAA – The Auto Club Group. "We saw strong demand for travel around Memorial Day and the kick-off of summer, and all indications now point to a busy Independence Day."

Most travelers are on the roads

AAA says all forms of travel will see increased demand this holiday weekend but it will primarily be in the form of road trips, which is expected to make up 91% of all travel. In Michigan, of the 1.5 million expected to travel, 1.4 million of them will be in a car.

Before you start driving, download the FOX 2 News app for live updates. We'll send only the most important news to your device, including road closure information, airport delays, and more. It's free on all your iOS devices and all Androids

This is despite the nation seeing the highest gas prices in 7 years.

"Road trips provide a sense of freedom and more control over the duration of your trip," said Adrienne Woodland, spokeswoman, AAA – The Auto Club Group. "Even more expensive gas prices are unlikely to deter Americans from that road trip many have waited more than a year for. If anything, motorists are more likely to cut back on other expenses like lodging and dining out, to offset the higher cost of fuel."

Avoid I-75 on Friday

If you're one of the travelers this weekend, whatever you do, avoid I-75 on Friday, particularly between 3 p.m. and 6 p.m.

MAP: These are the most dangerous intersections in Michigan - and most are in Metro Detroit

AAA lists the northbound I-75 section north of 12 Mile Road as being one of the worst corridors in the country travel on.

The freeway in that are is expected to see 50% more traffic than normal on Friday during those times.

When is the best time to travel?

AAA says if you're traveling, get on the road before noon on Friday. Otherwise, you're out of luck until Saturday afternoon!

According to AAA, Friday before noon is the best time to get out of town and by 4 and 5 p.m., that will be the absolute worst time to be driving.

If you can't get out by noon, you may want to wait until Saturday after 2 p.m. The worst day for travel on Saturday is between 11 and 1 p.m.

The good news is that Sunday is expected to be normal and easy.

Speaking of normal and easy - the weather! It's going to be cool on Friday but hitting 90s by Friday! The good news - it will be completely dry for all your Fourth of July plans.

As for the return on Monday, hit the road early! AAA advises you to get going before 1 p.m. and try to avoid the roads between 4 p.m. and 5 p.m.

The fact that most will travel by car doesn't mean that the nation's airports and skies will be empty. An estimated 3.5 million are expected to get in the air this weekend. That's up 164% from 2020 but is still shy of pre-pandemic traveling levels. 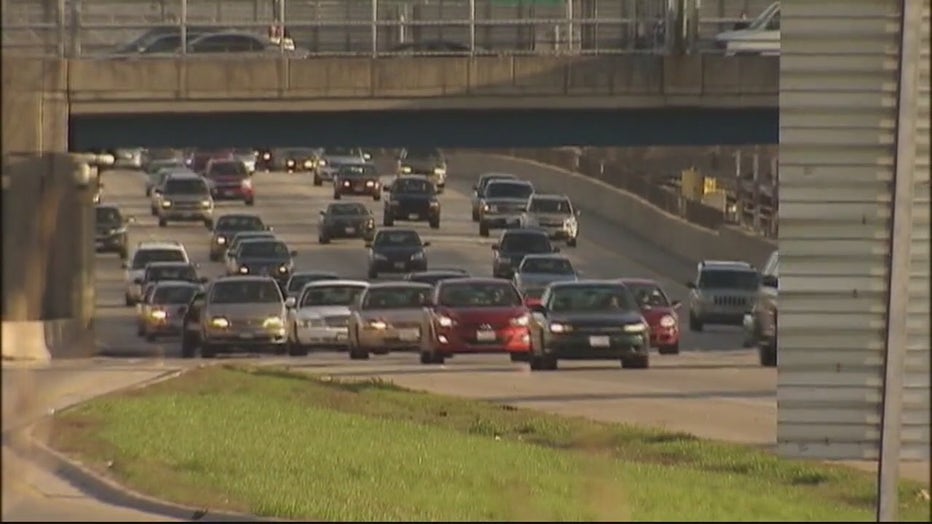