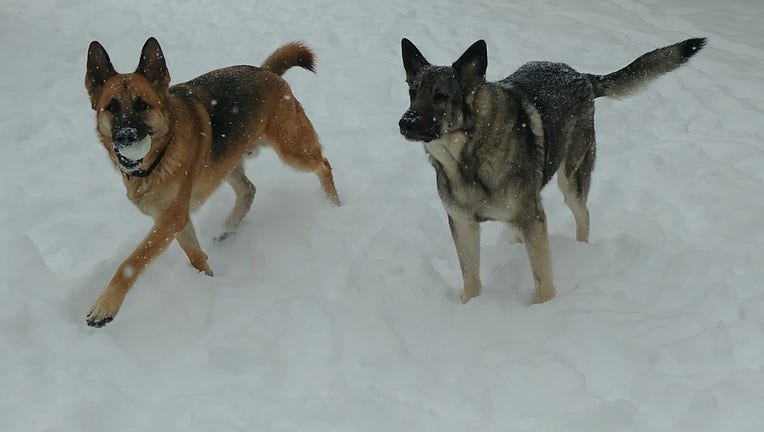 Dogs play in the snow after the December 2016 snowstorm that holds the 24th place on the list of top Metro Detroit snowstorms. In total, 10.7 inches fell in a day.

DETROIT (FOX 2) - This week's snowstorm in Southeast Michigan will likely make it on the list of the top 25 snowstorms in Metro Detroit.

MORE: 8 to 14 inches of snow coming to Southeast Michigan

According to the National Weather Service, Metro Detroit's largest snowstorm happened on April 6, 1886, when the area received 24.5 inches of snow.

The range of snowfall expected between Wednesday and Thursday is 8-14 inches.

When will the snow start?

After a warm up on Tuesday, it's creating the perfect set up for a significant snow storm - we're talking more than a foot of snow over two days starting on Wednesday.

Oakland County and Macomb County should mostly get between 8 and 12 inches of snow while Detroit, Wayne County, and Washtenaw County will allow likely get between 10 and 14 inches. 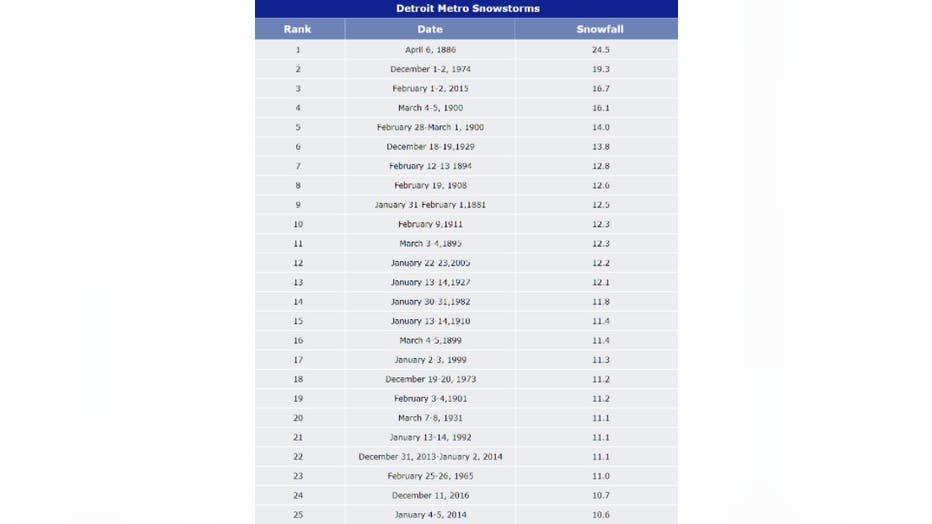