DETROIT (FOX 2) - Detroit police say a 39-year-old man is dead after an altercation unfolded between him and another suspect inside a pickup truck on the city's west side Monday night.

Police are still trying to unravel the events that led up to the murder, which included the discovery of a victim with a gunshot wound in the stomach. Officers believed the man lost control of the vehicle before crashing on the Davison Service Drive around 7 p.m. on July 18.

They also believe the victim, a Wixom man, was likely trying to escape from whoever shot him. Because there were no bullet holes in the exterior of the pickup truck, investigators believe everything happened within the vehicle.

"It looks like it lost control, went up to the curb, went through some low-hanging branches and hit a light pole, knocking (it) out completely before resting in a vacant lot," said Capt. Michael Dicicco, of the sixth precinct.

Police were called to the scene, located near Braile and the Davison Service Drive after neighbors reported hearing gunshots in the area.

Due to the amount of blood that was found on the scene, police believe the suspect was also injured in the incident.

"(The victim) had some sort of altercation," Dicicco said. "There is blood on the driver and the passenger side of the vehicle, so we are fairly certain another person was in the vehicle with him." 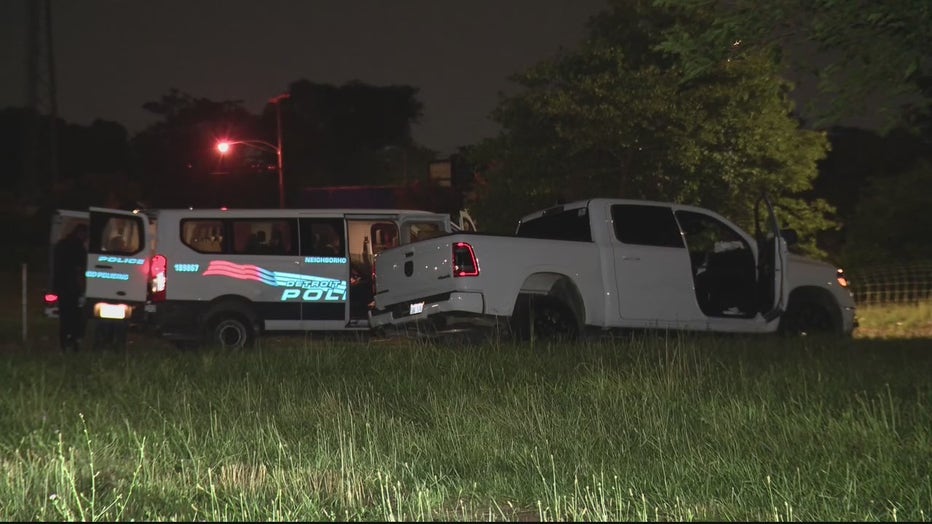 Police found the remains of a Wixom man who had a gunshot wound in his stomach inside a pickup truck that crashed into a light pole on the I-96 service drive Monday night.

No motive has been determined and no information regarding a suspect was released.

Investigators did find weed in the truck and a large amount of cash.