Thieves, carrying a sledgehammer, tried to force their way into a safe at a Sunoco in Oakland County. While they got inside the store, they couldn't get inside the register.

ROCHESTER HILLS, Mich. (FOX 2) - The Oakland County Sheriff's Department is looking for three men who fled the scene of a failed gas station robbery on Monday after trying to smash open the cash register with a sledgehammer.

The sheriff said a deputy on patrol Monday morning noticed a suspicious vehicle outside of a Sunoco gas station well after its open hours in Rochester Hills. Once the deputy pulled into the gas station and got a closer look, the car appeared to be a dark Jeep Grand Cherokee with a damaged front end, and the entrance of the station was smashed.

According to Sheriff Michael Bouchard, it is likely that these men are connected to two separate robberies that occurred in both Warren and Utica recently.

Oakland County officials chased at least three men wanted in a robbery where they used a sledgehammer to try to force their way into a cash register in Rochester Hills.

Deputies pursued the Jeep southbound on Rochester Road but the suspects were able to escape.

Later, detectives discovered that the men all dressed in black, the driver wore a hoodie with the branding PIKE, and black Adidas pants, with masks and blue and purple gloves, used a sledgehammer to enter the building. The driver failed to open the cash drawer, and all three men fled once noticing the approaching patrol car.

"The way these suspects fled shows a complete disregard for anyone’s safety. We are seeking the public’s help to identify and arrest those responsible," said Sheriff Michael Bouchard

Anyone with information about the incident should call Crime Stoppers at 1-800-SPEAK-UP. Tipsters are anonymous and a reward of up to $1,000 reward is available for information leading to an arrest. 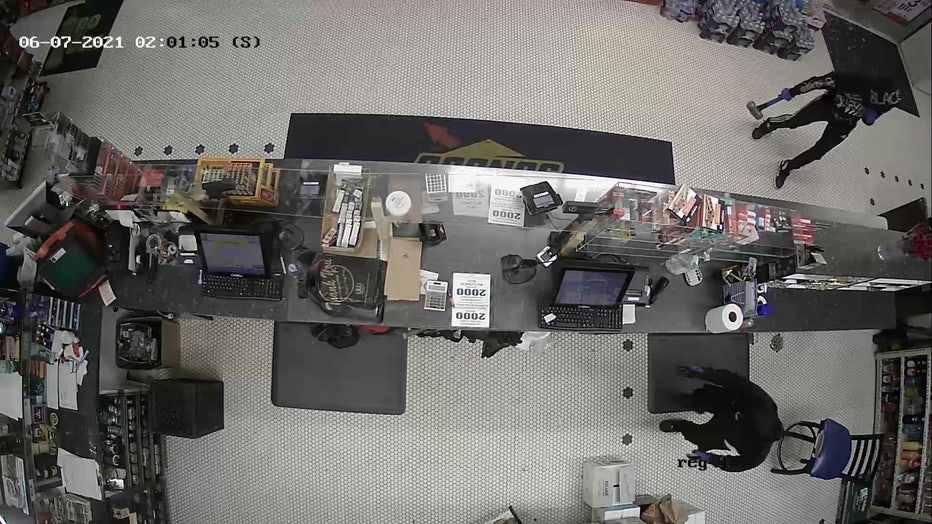