By Derek Kevra's measurement, about 8 inches of snow had fallen across Southfield. And there's still at least another inch on the way for Metro Detroit. Temperatures will remain low with wind causing snow drift and making road treatments difficult for road crews.

SOUTHFIELD, Mich. (FOX 2) - A Winter Storm Warning has ended as the snow is pushing out but the cold is sticking around for a while with the cold wind whipping the air around, making it feel even colder.

Steady snow started falling around 6 p.m. on Monday before blanketing Southeast Michigan all morning on Tuesday. Many cities reported reduced visibilities at less than a mile due to blowing snow. The snow ended around midmorning Tuesday, but the cold remains. Bitterly cold wind chills will linger with some in the sub-zero range.

We had projected about 5-8 inches of snow and that's exactly what we got. Most of us got about 7 or 8 inches of snow but it was Port Huron that picked up more than a foot.

Snow is nothing new around Michigan but how rare is it to get a storm like this with seven inches or more? Very.

This brings our February total to 15.5 inches of snow and brings our season total to 35 inches. 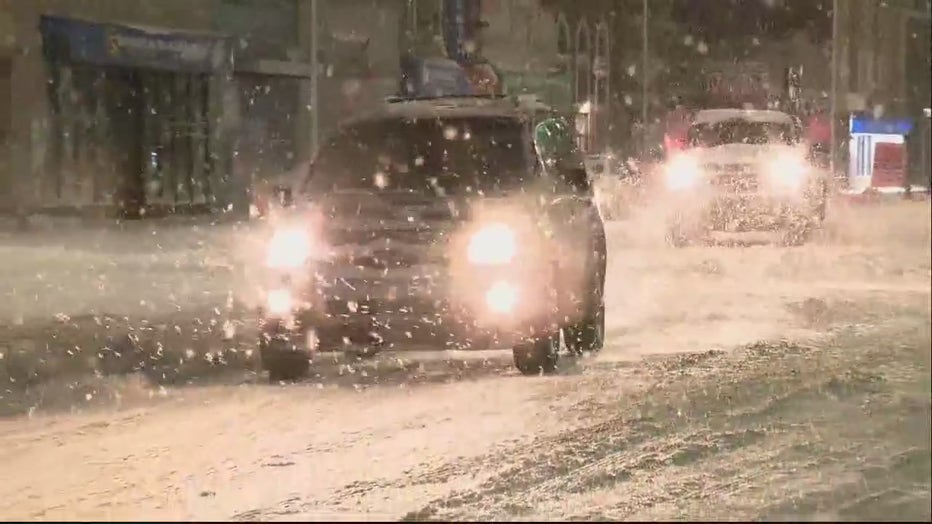 A driver navigates a snowy road in Southeast Michigan on Feb. 15, 2021.

MOST SNOW IN THREE YEARS

That would be the most snow in one single snowstorm in three years, since February 9, 2018! Make sure you help your neighbors, take plenty of breaks, and don't overdo it. In this cold and snowy weather, bring your pets inside.

Some isolated areas to our south could receive double-digit totals. 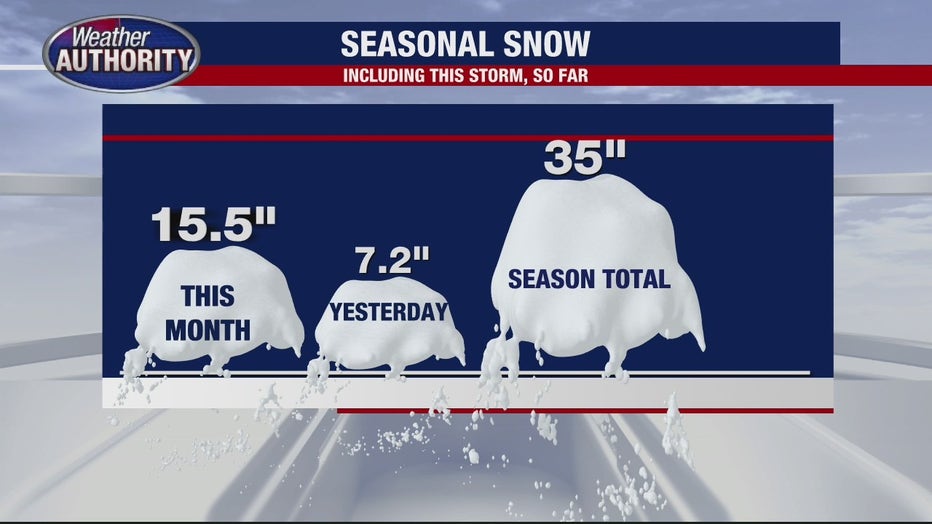 With this snow system finally done with Southeast Michigan, we look towards Thursday where another snowmaker is possible. The good news is that appears to be staying south of the metro Detroit area.

What's not going to be enjoyable, however, is the temperature. It's going to drop to -2 degrees with a wind chill of -15.

There is finally a warmup in sight with 35 degrees expected by next week.