ROSEVILLE, Mich. (FOX2) - A fight was caught on camera recently outside a middle school - but in this case, an adult joined in.

Roseville police believe the woman who joined that fight is about 30 years old. and will likely face felony assault charges. They are actively working to identify her and to prevent fights at the school.

The troubling video from Roseville Middle School is now the focus of a police investigation. It shows a woman in a gray hoodie jumping into a fight between two students. She’s said to be related to the girl in red.

They quickly overwhelm the other girl who we are not identifying —  the adult kicks her twice in the face.

Berlin said the incident in question happened last week around 7 a.m. before the start of classes. Someone called 911 and officers responded to the scene and rendered aid to the student who was beaten up.

The other student and adult had already left.

FOX 2 reached out to Roseville Community Schools for comment but has yet to receive a response. 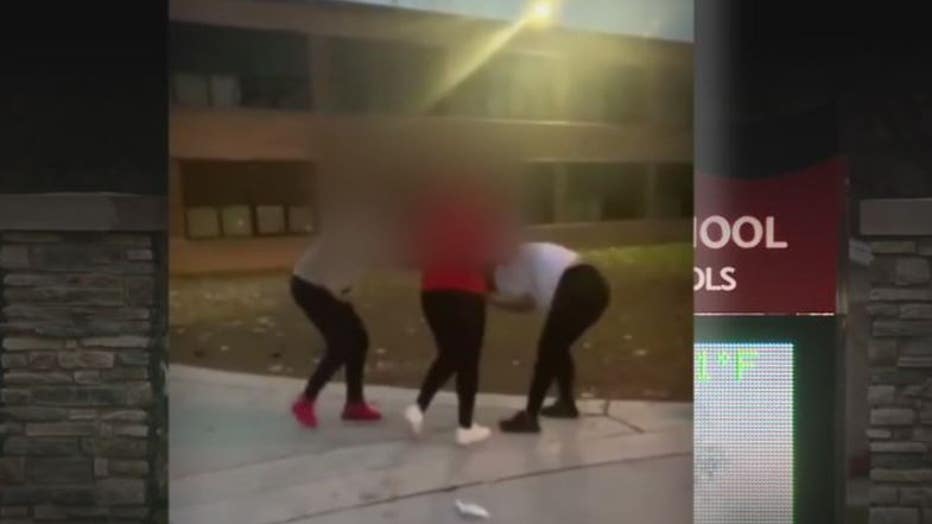 "And the fact that we didn’t get notified about any of that," said Jamon Benson, another parent.

These Roseville Middle School dads say the school did not notify them about the fight that took place on school property.

They say the woman in the video who joined the fight, should have broken it up or deescalated the situation.

"Definitely that’s what you supposed to do as an adult - common sense," said Benson. "No brainer."

"Definitely disturbing, you know, we got kids who go here man."

Police say Roseville Community Schools is cooperating with the investigation and that officers will be at the schools every morning to make sure this doesn’t happen again. 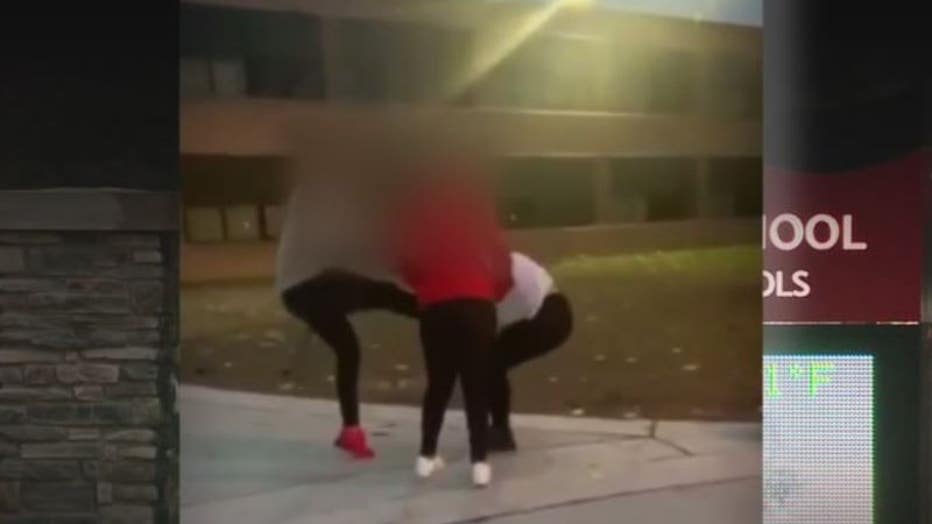