WEDNESDAY NEWS HIT - Three children lost their mother Tuesday in a crash on I-94.

Laniya Bethea, 24, was headed home from work at FedEx in Romulus when she crossed the median from the eastbound side of the freeway and hit a pickup truck head-on near Beech Daly.

Both Bethea's car and pickup truck ignited in flames. The driver of the pickup also died, but has not yet been identified.

"She fell asleep at the wheel because she was going eastbound and swerved into oncoming traffic and there was a head-on collision," her mother Antonia Brown said.

Michigan State Police said Bethea did cross the median and hit the truck, but it isn't known why she left her side of the road, and investigators may never know.

Now, her family is grieving as they cope with the loss.

Brown said through her own grief, she must now help raise her three grandchildren who are 7, 3, and 2 years old.

"She was a mother before anything," Brown said. "She put those babies first. Whatever she had to do, like last night she was out there working. She put the babies first."

A GoFundMe page has been set up.

The historic Holly Hotel, Andy's Place Bar and Grill, and the Battle Alley Arcade Antiques Mall all suffered major damage. Other nearby businesses were damaged by smoke and water.

"It's a labor of love," said Andy Chapin, who owns the bar. "It's been very difficult watching it, kind of disintegrate."

The fire started around 4 p.m. this afternoon, police evacuated people from the blaze, but five firefighters had to be hospitalized due to heat exhaustion.

Officials believe the fire began in the back, near the arcade antiques mall.

"It was pretty intense flames, that appeared to be the origin," said Police Chief Jerry Narsh. "You've got 1800s construction, dry wood, a hot day, and we actually had some very high winds, and it didn't help the firefighters today try to squash these fires."

He said a power pole at the back end of the building was on fire. Officials believe it was an electric fire, but the investigation is ongoing.

More than a dozen fire crews from Oakland and Genesee counties responded, and five firefighters were hospitalized after the blaze.

"This is like every city or village's worst nightmare to have a fire in your historic downtown," said Village Manager Jerry Walker. "It is very tragic what happened. We are very fortunate that it was just limited to the three or four buildings that it was."

Kyrie, an 11-month-old boy from Roseville, was with Kimora Hodges on June 13 when he was allegedly badly abused.

"All I know is she threw my son into the wall and shook him up pretty bad, and they said that's just a bit of what she did to him," said Taylor Starks, Kyrie's mother.

The boy has no brain activity.

Early the next morning, Starks said Hodges messaged her about her son. At first, she said Kyrie had eaten soap and was having an allergic reaction. She rushed home to her son.

A Roseville mom said her worst fears came true when her son was physically beaten by a woman she believed she could trust.

A GoFundMe page has been set up.

Trevor Duncan Taylor, 30, will spend 25-75 years in prison after he caused a crash that killed a 6-year-old girl and her father.

Taylor was drunk on Oct. 14, 2020, when he crashed his 2016 Hyundai Sonata into the back of a 2019 Chevrolet Equinox at Highland and Airport roads in Waterford. He hit the SUV so hard that it was pushed into a Ford Fusion in front of it.

A child and her father were in the Equinox, and her mother was in the Fusion. The girl died shortly after the crash, while her father died days later. 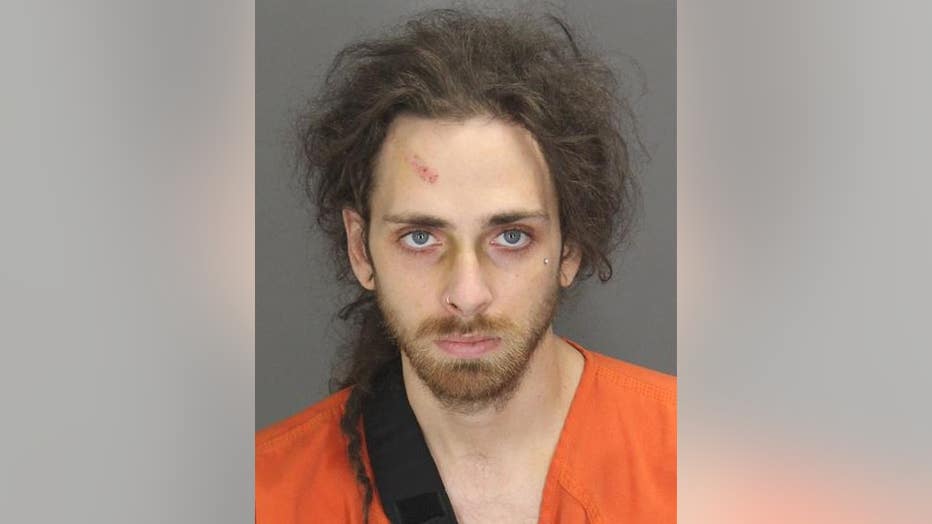 Temperatures won't be as hot Wednesday as they were Tuesday, but it'll be another above 90 degrees day.

We'll "only" top out near 90 this afternoon. Humidity drops though!

Biden to call for 3-month suspension of gas taxes

President Joe Biden on Wednesday will call on Congress to suspend federal gasoline and diesel taxes for three months — a move meant to ease financial pressures at the pump that also reveals the political toxicity of high gas prices in an election year.

The Democratic president will also call on states to suspend their own gas taxes or provide similar relief, the White House said.