About 80 parents were in attendance at the Oxford School District's first school board meeting since the high school was shot up by one of its own on Nov. 30. Upset and angry about the incident, the underlying sentiment from parents to the school board was about rebuilding trust.

OXFORD, Mich. - Only clear backpacks, no lockers, and no tolerance for breaking the rules. District officials outlined what the return to class will look like for Oxford High School students, who won't be back in the building until after the holidays.

In what was the latest evolution in how the district responds to the state's worst mass school shooting, the Oxford School District Board met for the first time Tuesday night. About 80 people attended, including plenty of parents.

"We want to be able to send them - they want to go back to school," a woman said. "They want that, but we need to be comfortable too."

"I am absolutely devastated, not only for this community, for the people who have lost their children, but for my own home," another man said.

The tumultuous last two weeks for the Oxford School District has left the community worried about school safety and the best steps to protect kids moving forward. Answering those questions while attempting to return to normalcy has proven to be difficult for both parents and school officials.

But according to the Superintendent, it's the best path forward.

"The sooner we can get our students back into school, the better," said Tim Throne, who had plans to retire at the end of January. In light of what happened, he's agreed to stay on as long as the search continues.

Ideally, the high school will reopen after Christmas break, Throne said. But he admitted even that was an ambitious notion.

Meanwhile, the school board voted to conduct an external investigation of the events leading up to, and including the shooting that killed four students and wounded seven other people, on Nov. 30th, while cooperating with the current criminal investigation conducted by the sheriff’s office

Oxford Community Schools will remain closed the rest of the week following a very "specific threat" that police were investigating. Despite law enforcement deeming the district buildings safe, officials decided to close the school for the community's mental well-being.

"Many in our community have expressed concern surrounding yesterday's threat and do not feel ready to return," read a letter that was sent to parents. "This has caused us to pause and consider the current needs and emotional well-being of our school community. Therefore, we have decided to close all district school buildings for the remainder of the week. Please see your email from OCS for details." 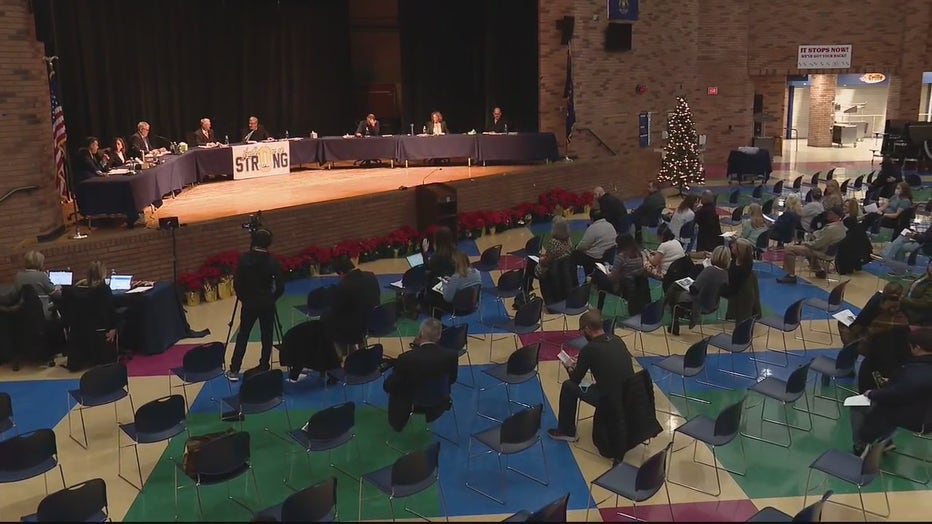 In what was the latest evolution in how the district responds to the state's worst mass school shooting, the Oxford School District Board met for the first time Tuesday night. About 80 people attended, including plenty of parents.