Community members are standing behind a Detroit liquor store owner after he allegedly bloodied a woman who wouldn't stop panhandling and spit on him.

DETROIT (FOX 2) - Community members gathered Friday to support a Detroit liquor store manager accused of assaulting a woman who he says spat on him.

The alleged assault happened after Bassam Yatooma, the manager of Brandon’s Liquor Store on Puritan, asked 48-year-old Andrea Warren to stop panhandling outside the store.

Yatooma said he asked Warren to leave. She allegedly spat on him, which led to the incident March 12.

Some people claimed racism was involved in the dispute.

"He’s never been a racist guy or never had anything toward black people. He’s always been a standup guy to the community," said Tracy Crooks, a store employee. 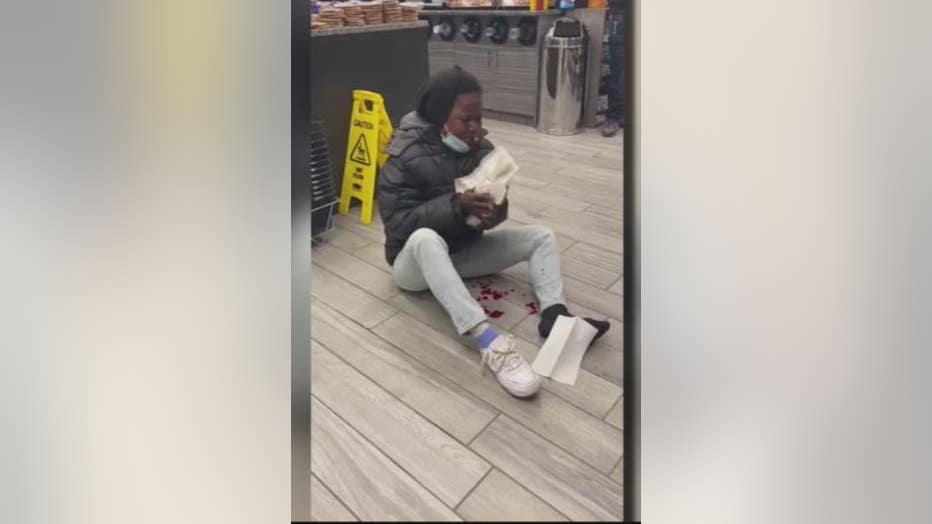 Andrea Warren after the incident.

Crooks and others are backing Yatooma.

"As bad as all this is and how much heartache it's caused me, my family, and my kids, and the amount of stress, the love that I’ve gotten and the stories I’ve heard from people have really touched my heart," Yatooma said.

Yatooma's wife owns the store. She said her husband was defending himself.

"What happened shouldn’t have happened because when you spit on somebody, legally that is an assault and you defend your property, and that’s what we are doing. And that’s why the neighborhood is here -- to show their support," Ban Shuniyah said. 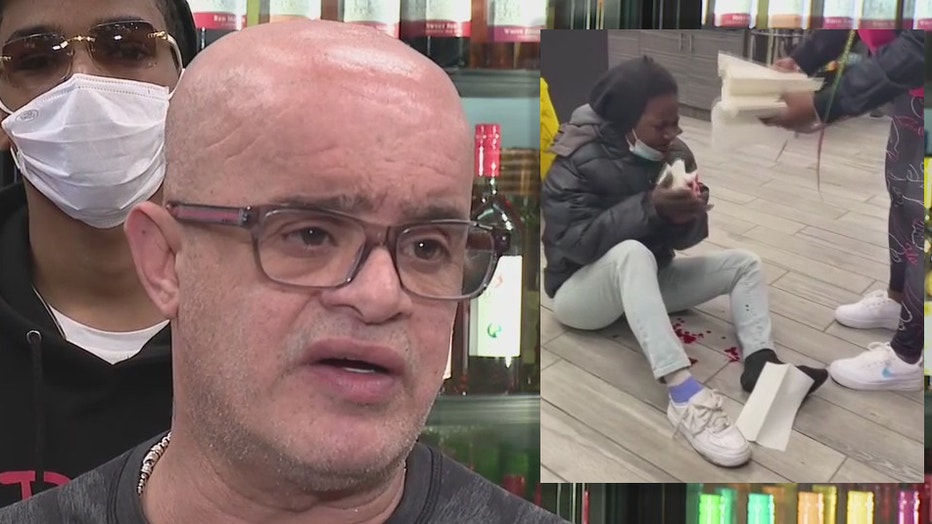 Bassam Yatooma is accused of assaulting Andrea Warren at his Detroit liquor store on March 12, 2021.

Those who advocate for the woman in the video weren’t swayed by the supportive rally.

"Satan has support, believe it or not," said Minister Malik Shabazz, with the Marcus Garvey Movement - Black Panther Nation.

Warren’s uncle questioned how she ended up inside the store.

"If he didn’t want her in the store, how did she get in the store? You not letting her in, you pulled her in," Carnell Alexander said.

No charges have been issued, and the Wayne County Prosecutor’s Office has not confirmed that Yatooma is a suspect.

The prosecutor’s office did confirm that there is a warrant request regarding an assault of a woman at a convenience store, which is currently being reviewed.

"My mind is not on the prosecution. My mind is on my neighborhood, the people, people that are upset and the people who are supporting me," Yatooma said.