Ted Wafer shot and killed Renisha McBride in 2013 after she got in a car crash and wandered up to his door and started banging on it. Claiming he feared for his life, Wafer shot the woman instead of calling 911. The Michigan Supreme Court will hear arguments on whether Wafer should have been convicted on both second-degree murder and manslaughter charges today.

Thursday News Hit - The Michigan Supreme Court will hear arguments Thursday in the case of a man sentenced to 17 years in prison after he shot and killed a woman in 2013.

Ted Wafer is asking the high court to reconsider his second-degree murder and manslaughter charges, arguing it was improper to be charged with both since his sentence was enhanced due to the manslaughter conviction.

Wafer opened his front door in Dearborn Heights and shot Renisha McBride, 19, through a screen door almost 10 years ago. McBride had been in a car accident and prosecutors had speculated she was disoriented when she began pounding on his door.

Wafer, arguing he feared for his life, shot McBride instead of calling 911. A jury rejected the self-defense claim and convicted him in 2014. Now, the 62-year-old is hoping to reduce his sentence.

In a court filing, prosecutors said murder and manslaughter with a gun still fit because each crime has different elements.

"Each offense requires proof of an element the other does not," the prosecutor's office said. "No clear legislative intent to the contrary exists. Multiple convictions are thus permitted."

Wafer is white and McBride was Black, and some people wondered in the aftermath of the shooting whether race was a factor, likening it to the 2012 shooting of Florida teenager Trayvon Martin.

But race was hardly mentioned at trial.

Police on Thursday were searching for a suspect in the shooting of a state trooper during a traffic stop in northwest Ohio.

Trooper Josef Brobst had pulled over a vehicle for speeding on Interstate 75 near Findlay around 1:30 a.m. when the suspect scuffled with Brobst, grabbed the trooper's gun and shot him, the Attorney General’s Office said.

The trooper was taken to a hospital and his injuries were not considered life-threatening, the highway patrol said. Police were seeking Robert Tramaine Hathorn, 42. 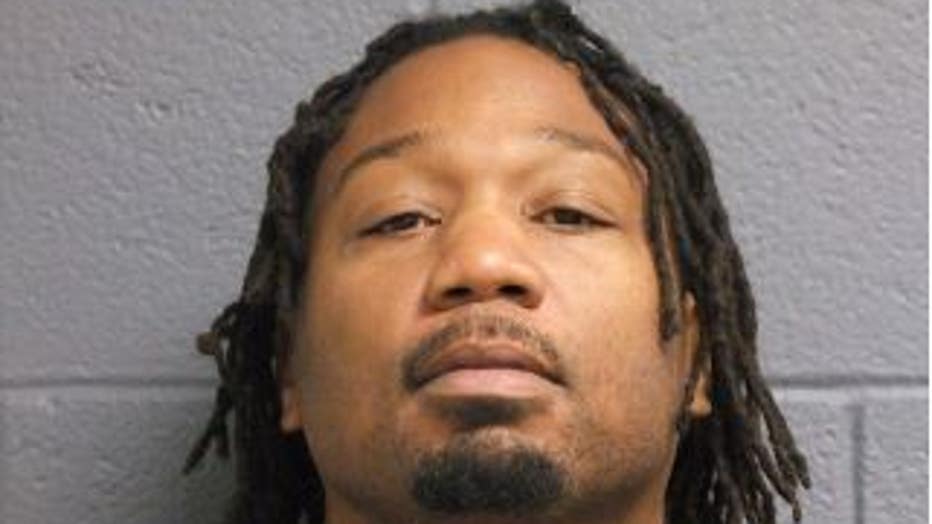 He was driving a black 2016 Chevrolet Suburban with Michigan license plate C7482198. No other information was available.

A 25-year-old mother was found shot dead and a man was taken to a local hospital in temporary serious condition early Wednesday evening after police found both in the 18900 block of Beland, just south of Seven Mile.

Police were called to the area around 5:15 p.m. after officers heard gunfire. "Of course we requested EMS, tried to help her out, but unfortunately she was deceased," said Cmdr. Eric Decker.

Police say both victims knew each other. They don't know much about the shooter, however. The untimely death has left a family grieving since the woman's son and her mother were cared for by the victim. "It’s very tragic," Decker said. "We don’t have all the facts right now. Our homicide team is here, we’re gathering the facts. We need the community’s help."

As restaurants suffer staff shortages, one turns to robots

"It's almost detrimental," said LaTanya Graddy, who manages Beans and Cornbread in Southfield, and spoke about the labor shortage still dragging the restaurant industry down. It's been a different kind of rough year for the industry, which, after suffering through the trials of being closed too often, now can't hire enough employees to stay open.

A shortage of cooks, bartenders, and serving staff is forcing management at restaurants to make difficult decisions about cutting hours and altering schedules. One restaurant in Madison Heights, however, has turned to using Bella and Hola - two serving robots.

According to the Michigan Restaurant and Lodging Association, about 87 percent of food service operators say they currently do not have enough employees to support existing customer demand.

"It helps a lot with the shortage of the employees for sure," said Lee Zhai, the owner of Noodle Topia. "This one is delivering the food to each table."

Lee, who is also a distributor for the company behind these robots, says the average cost of one robot is about $800 a month. You can lease to own and you don’t have to pay employee benefits.

Sitting side by side in an Oakland County jail. Isaias Porras and his wife Amanda learned their charges, which include murder and child abuse - punishable by life without parole - for the death of their 15-month-old son. Amanda is facing accessory after the crime.

On Sunday police went to the Motel 6 off Grand River for a welfare check on the couple’s son Isaias Daniel Porras where he was found dead, wrapped in blankets. In court, the prosecution says both parents confessed to their role of abuse leading to the one-year-old’s death.

Police say they spoke with the parents outside the hotel room. The Oakland County assistant prosecutor says the mom tried to mislead police. "Indicating they had given the child away when in fact the baby was covered with blankets in the hotel room," said prosecutor Amy MacGregor. "He was covered from head to toe in bruises and such blunt force trauma it results in subdural hematoma to his brain ultimately resulting in his death."

MacGregor said Amanda never tried to stop the attacks on her own son. "While observing the child beaten and convulsing, she didn’t call 911, she did not seek medical help," the prosecutor said. "She was with the "child and didn’t do anything to assist." Police say the couple were living at the motel six for an extended period of time. Their attorney says they were trying to start a self-help business.

It's going to look and feel just like it did Wednesday this morning and afternoon with clouds, fog, and a slightly more than normal mugginess on Thursday. Rain isn't likely in the early hours but chances for precipitation could climb in the afternoon.

Showers become more likely the later we go into the day.

A federal judge on Wednesday ordered Texas to suspend the most restrictive abortion law in the U.S., which since September has banned most abortions in the nation's second-most populous state.

The order by U.S. District Judge Robert Pitman is the first legal blow to the Texas law known as Senate Bill 8, which until now had withstood a wave of early challenges. In the weeks since the restrictions took effect, Texas abortion providers say the impact has been "exactly what we feared."

But even with the law on hold, abortion services in Texas may not instantly resume because doctors still fear that they could be sued without a more permanent legal decision.