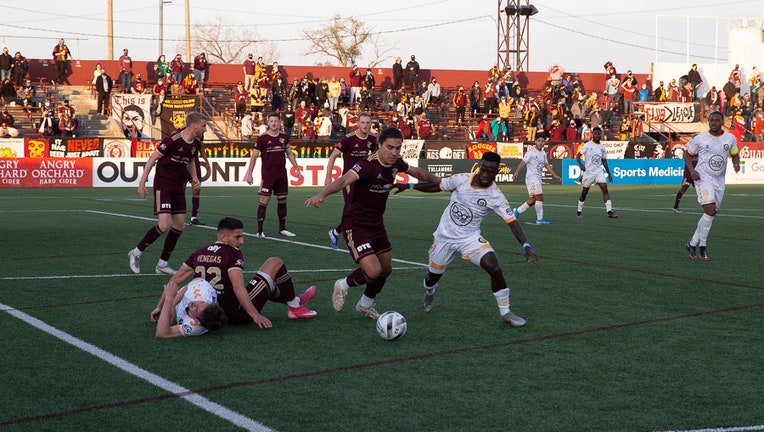 HAMTRAMCK, Mich. (FOX 2) - Before Detroit City Football Club takes the field next month, this season's kits will be revealed during a concert.

Detroit rapper Black Milk will headline an event Feb. 27 at St. Andrew's Hall to celebrate the release what DCFC will sport this year.

The special event is only open to club owners and season ticket holders. Numerous fans own a portion of the team.

Owners have received emails to RSVP for the event, and season ticket holders will receive emails for their chance to attend this weekend.

The DCFC men's inaugural United States Soccer League Championship season begins on the road March 12 versus San Antonio FC. The Boys in Rouge then head back to Keyworth Stadium in Hamtramck for the March 19 home opener.

More: What to know about the 2022 DCFC season

This year's regular season play includes 34 matches. Nearly all of those games are on Saturdays – only five aren't, and four of those are away.

The team announced that it was joining the USL Championship last fall. DCFC and its former league, the National Independent Soccer Association, agreed to the terms of the team's departure last month, paving way for play to begin.

The women's team will begin its season at home on May 7. This season is only the second time the women will play in front of a live audience, as their first season was in 2020.

Season passes and tickets to the men's home opener are available now. Get them here.