Detroit bars are getting ready for what will be a different Tigers Opening Day downtown.

DETROIT (FOX 2) - Downtown Detroit will look different than it usually does on Tigers Opening Day.

Baseball is back on Thursday, but with a max capacity of only 8,000 in Comerica Park.

Bars and restaurants around the stadium are still operating at 50%, and Mayor Mike Duggan has warned people not to come downtown if they don’t have a ticket to the game.

COVID-19 cases have been spiking, especially among younger people.

In the meantime, bars are preparing for the fans who will be visiting.

"First Opening Day. Everybody's trying to get out and see a game. It's new and exciting for everybody and we're new and exciting here, too," said Josh Duncan, the general manager of Tin Roof Detroit. "Detroit is always up and coming. We always go through trials. It's just another step for us. Detroit always comes back better than ever." 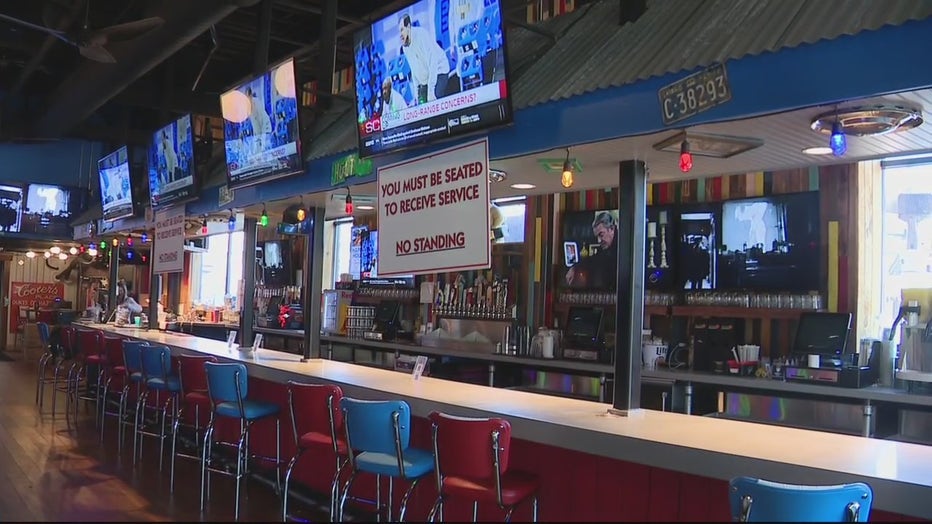 Bars and restaurants are still operating at 50% capacity as Opening Day approaches.

Last year would have been Tin Roof’s first Opening Day, but it was canceled due to the COVID-19 pandemic. Despite a forecasted high in the 40s, Duncan said he still expects to see fans.

"That never stopped us before. It could be snowing outside and still, people would come and have a good time," he said.

Mo Elmardi manages the Brass Rail across the street from Comerica Park. He said he doesn’t know what to expect, but he thinks people are ready to come out and have fun.

"Last time we were closed. This time we are open. We've got to try to get as much business, as many people to come out and enjoy the day," he said. "It's not going to be crazy nuts, that you can't even move or anything like that. No, it's going to be spaced out."