DETROIT (FOX 2) - Nakia Wallace is one of the leaders of the activist group Detroit Will Breathe.

Wallace is also one of a handful of protesters still facing charges in Detroit after the city and its police department decided to dismiss the majority of misdemeanor tickets from May 29th to June 2nd.

Detroit city attorney Lawrence Garcia said in a statement they studied video tape and because not every demonstrator who violated curfew was ticketed, and many citations were never submitted to the court, they decided to throw them out.

"We were delighted but they need to drop all charges," she said.

Detroit city attorney Lawrence Garcia said in a statement they studied videotape and because not every demonstrator who violated curfew was ticketed, and many citations were never submitted to the court, they decided to throw them out.

"The truth is what we saw the city of Detroit do, was mass arrest, mass police brutality, and the fact that they can't show us body cam video, can't tell us who arrested who," Wallace said. "None of that is a shock, because what happened to us was not only police brutality, it was completely disorganized."

Wallace believes the same people who are still facing tickets may be the same individuals who recently filed a police brutality lawsuit against Detroit police.

They want police to be banned from using batons, riot gear, tear gas, and rubber bullets that they claim left Black Lives Matter protesters, including Wallace, injured and some hospitalized during the summer demonstrations.

"I doubt there is a jury in the city of Detroit that is willing to convict non-violent protesters when police did these blanket arrests, and can't even prove people were doing anything," she said. 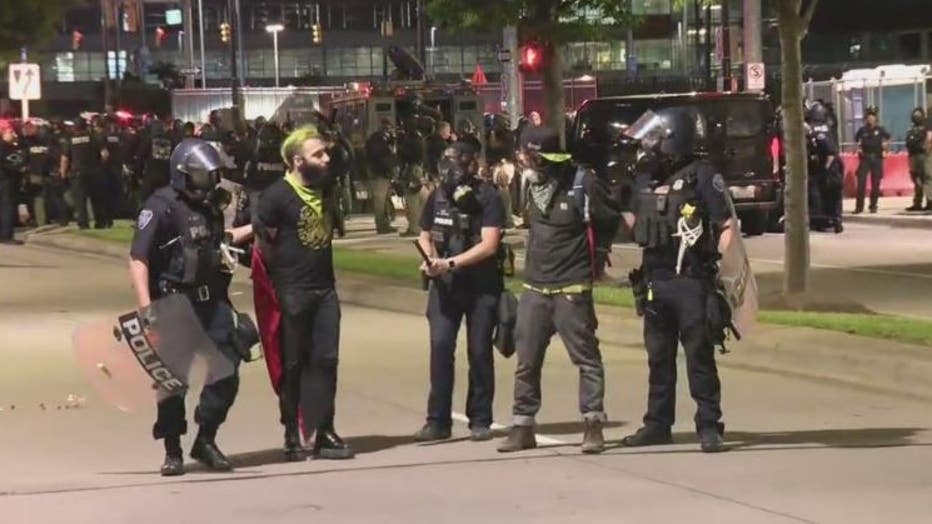 But in Macomb County, it's a different story. Wallace, among others, faced felony charges after summer protests in Shelby Township, which were sparked by racist derogatory comments made by the Police Chief Robert Shelide.

FOX 2 spoke to Macomb County Prosecutor Pete Lucido by phone. He said he is pursuing the charges in cases that there is proof and witnesses to protesters breaking the law.

If Detroit Will Breathe has any other evidence or information, Lucido says he'll look at it.

"I don't understand how you can have a police chief who is inciting violence against protesters," Wallace said. "Which is the reason we were out there because Robert Shelide said Black Lives Matter protesters should be beaten and put in body bags. And he's allowed to return to work yet people protesting are given felony charges?"