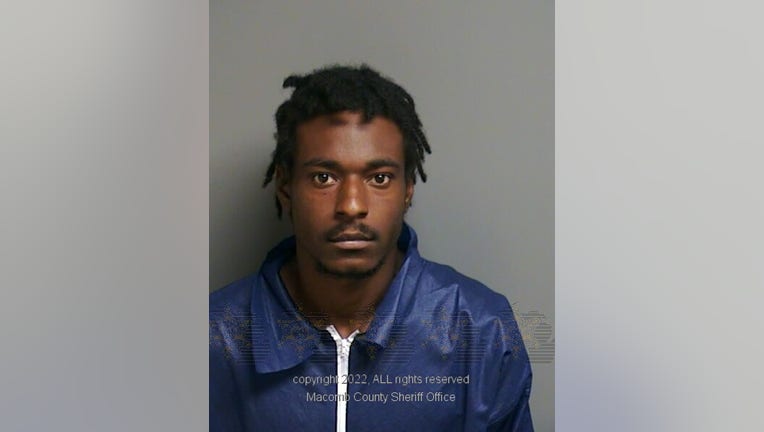 Darrius Ray Potts was charged with shooting a man multiple times at a Warren gas station, leaving him paralyzed.

WARREN, Mich. (FOX 2) - The Macomb County Prosecutor said a Detroit man who paralyzed an unarmed 67-year-old victim in a shooting earlier this week is claiming "stand your ground" rights but also kicked the victim.

Darrius Potts was charged with shooting 67-year-old Marcus Young on Tuesday at a Sunoco Gas Station at Van Dyke near 9 Mile in Warren.

According to police, Young was a ‘pseudo-security guard’ at the gas station and a frequent customer at the gas station. When Potts walked in, he had a .45 caliber handgun and "ammunition drum"on his waistband. Potts said he was practicing "open carry" with his weapon.

Young approached him because he was concerned about the gun. Potts was disrespectful and the two argued before Young pushed him out of the gas station.

Potts returned and the two argued and, again, Young pushed him out of the store.

Prosecutor Peter Lucido said Potts then pulled the .45 and started shooting at Young as he stood in the doorway, hitting him multiple times. Lucido said he then walked over the victim, said something, and then kicked the motionless man twice.

When police arrived, Potts said he was exercising his "stand your ground" rights and that he was scared for his life.

Potts was charged with assault with intent to murder and a felony firearm charge. He's being held on a $250,000 bond and is due back in court in August.

"Gas stations and guns don’t mix," said Lucido. "I am thankful to the visiting judge for setting an appropriate bond."