EASTPOINTE, Mich. (FOX 2) - Video out of Eastpointe has been seen around the world by now since it was posted by Detroit Pit Crew Dog Rescue - last week.

It shows a 10-pound, 8-week-old puppy allegedly abused, angering animal lovers everywhere. Now there are misdemeanor charges coming for the man in the video and possibly the woman, who is the puppy's owner.

On Wednesday the Macomb County Prosecutor’s Office passed on felony charges against the people in the video saying there was not enough evidence.

On Wednesday the Macomb County Prosecutor’s Office passed on felony charges against the people in the video saying there was not enough evidence.

It is causing the Detroit Pit Crew to pull out of the county’s task force created last year specifically to prosecute animal abuse cases.

"We cannot be part of a task force that’s run by an office that proclaims to be there for the protection of the animals but is not," Sumpter said. "It’s in name only."

Her colleague on the task force - Sen. Pete Lucido (R-Shelby Twp.) weighed in.

Lucido, who is running for Macomb County prosecutor, says he’s not seen all the evidence - but is upset by it nontheless.

"The video in and of itself is disturbing," Lucido said.

Late Friday FOX 2 learned the city of Eastpointe plans to file misdemeanor charges against the dog’s owner's boyfriend seen holding the puppy and possibly, the woman in the video. 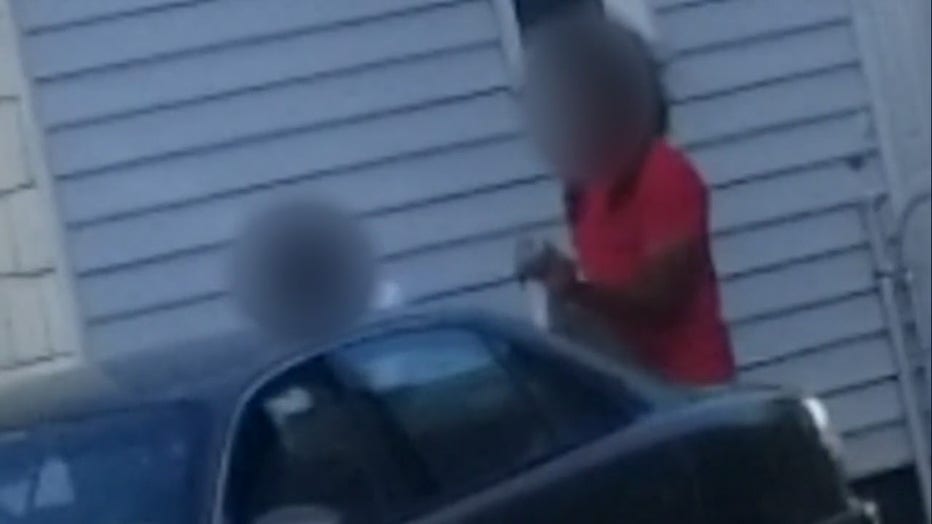 "At the end of the day a dog doesn’t yelp or scream like that," Lucido said.

Eastpointe police are working to secure the puppy - as the case moves forward.

Meanwhile, Sumpter consulted a forensic veterinarian considered an expert. The vet compiled a report based on the video saying 17 times, she witnessed instances of abuse.

"She did determine by what she saw in the video that it would be described and defined as torture," Sumpter said.

And the forensic vet said the whimpering you hear indicates discomfort and fear.

"We had to go public with this, and we are hoping that on behalf of the dog, everybody's voice does make a difference."

The woman and man in the video did not want to go on camera but claim that they were just playing with the puppy and not abusing it.