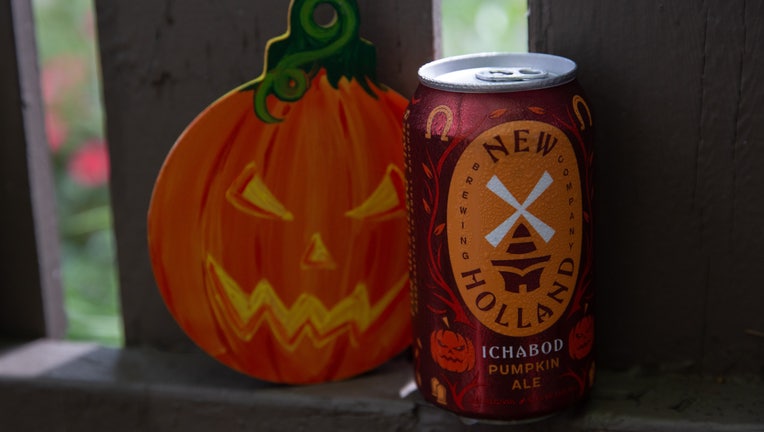 HOLLAND, Mich. (FOX 2) - It may be 90 degrees out, but the fall beers are here as the summer months wind down.

New Holland Brewing Co.'s Ichabod is back on shelves. This fall release is a pumpkin ale that's perfect for cooler nights but goes well even on a hot day, too.

Related: Get tickets for the Detroit Fall Beer Festival

While the pumpkin in other beers like it may be overbearing, Ichabod is a perfect blend of flavors that isn't too much of any one ingredient. It's light, a bit spicy, and sweet, but not too sweet.

If a pumpkin ale isn't your thing, New Holland has other options that are perfect for fall, like Dragon's Milk White.

While other Dragon's Milk varieties are typically associated with winter, the white version is a lighter version that is good for enjoying any time, no matter the weather.

The bourbon barrel-aged white stout also clocks in at a lower ABV than other Dragon's Milks. At 6%, the brew isn't as heavy but still packs the flavor expected from a beer aged in barrels.

Use the New Holland beer tracker to find Ichabod and Dragon's Milk.