FERNDALE, Mich. - Michigan's most famous roadway could be getting a tune-up next year by losing lanes for both north and southbound traffic. 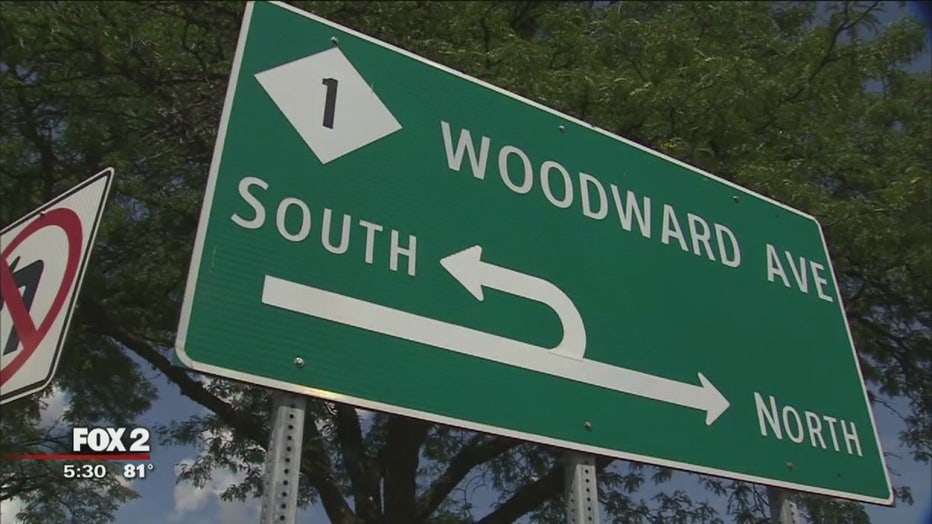 The reduction in travel space would be paired with shorter crossing distances for pedestrians and a larger emphasis on mobility for cyclists.

Both Ferndale and Pleasant Ridge, whose section of Woodward is scheduled for routine maintenance from the Michigan Department of Transportation next year, approved resolutions to apply for a transportation grant that would help fund the additional changes.

Currently, Woodward has eight traffic lanes that stretch from Detroit into Oakland County.

Under a new proposal from the two suburb cities, each direction would lose a lane and be replaced by on-street parking and a protected bike lane.

Plans to redo Woodward were first considered after MDOT announced plans to perform maintenance on the Metro Detroit corridor between 8 Mile and I-696. Officials with the city of Ferndale said while they won't be able to add all of the changes they want to the road, it makes sense to tackle part of the project as the state plans for its own construction.

"Those we didn't get to choose when MDOT was going to resurface Woodward, we do get an opportunity to set the table for the future and think about how space can be used more for people in the future," said Justin Lyons, Ferndale's city planner said during a Feb. 22 city council meeting.

Both Ferndale and Pleasant Ridge approved applications for a Transportation Alternatives Program grant that would help offset some of the costs for improvements. Candgnews first reported the approvals.

Right now, space on the road isn't being used as efficiently as it could. 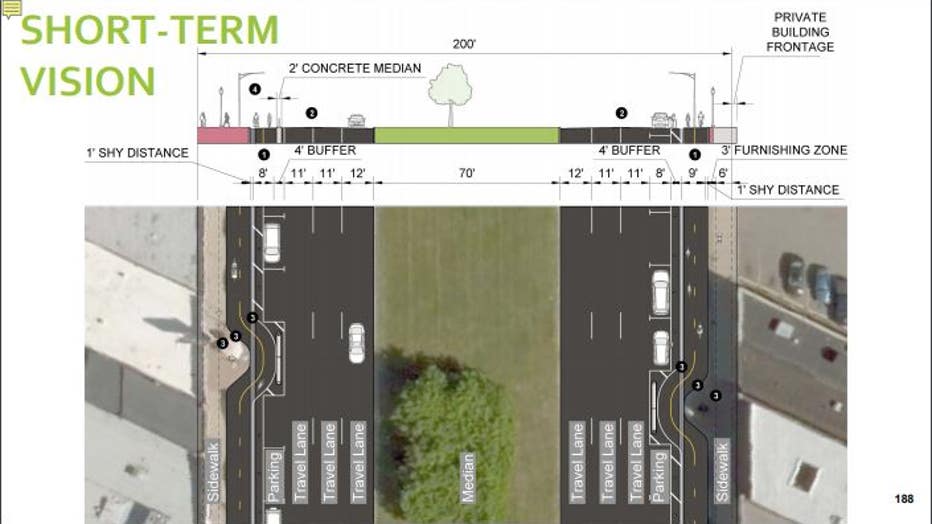 A study of traffic volume by the city found the daily volume of traffic is around 42,000 vehicles a day. However, an eight-lane road like Woodward has the capacity for more than a hundred thousand vehicles a day.

Projects that consider shrinking major traffic junctures have been colloquially known as 'road diets' and are designed to promote more mobility among pedestrians and cyclists while reducing the amount of traffic.

The reduction of lanes is also targeted at increasing safety on Woodward. From 2016-2019, there were more than 900 crashes. A study from the city of Ferndale found most occurred at 10 Mile, Drayton, Cambourne, and 9 Mile.

Drivers would only need to travel a few miles west on 9 Mile to see where similar road projects were put into place. In 2019, Oak Park reduced travel lanes to two with a protected left lane, while increasing space for cyclists. It also built paved trails and erected a bike rental operation.

The new Nine Mile is here

With approved funding from the Department of Transportation, Ferndale and Pleasant Ridge would have to pay $1.29 million and $155,000 respectively.

MDOT's work on Woodward was delayed by a year due to construction on I-75.

Construction on Woodward is now scheduled for April 2022 and would extend until November.