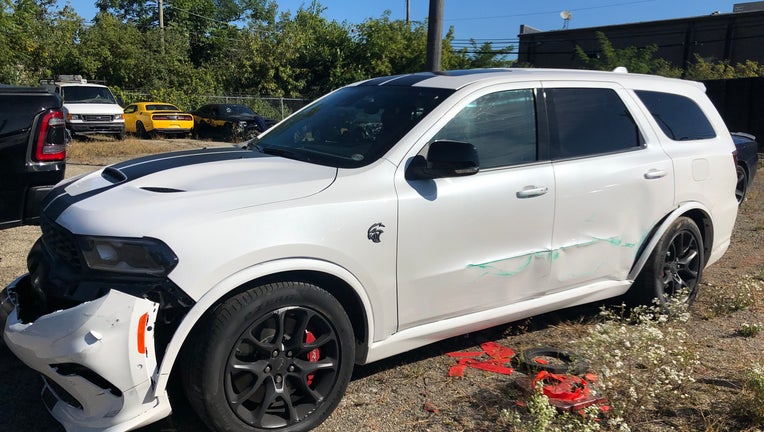 The Dodge Hellcat CRT that the suspects were found in when they arrested in Birmingham.

BIRMINGHAM, Mich. (FOX 2) - The Oakland County Sheriff said it has arrested four people, including a 15-year-old, connected to the theft of four Dodge vehicles from a Highland Township dealership worth over $329,000.

Deputies responded to Szott on the report of a breaking-and-entering after an employee found the side door of an office in the parking lot. Other doors, including the glass door wall, were damaged or shattered.

The office had been ransacked and a locker with key fobs had been opened. That's how deputies were able to identify exactly which vehicles had been stolen.

When police caught up to three men in the 2021 Durango Hellcat, which is valued at about $100,000, the driver crashed into a brick wall. Three men, ages 32, 20, and 19, were all arrested without incident are being held in the Oakland County Jail. A 15-year-old brother of one of the suspects was arrested later in Detroit.

According to police, the three men in the SUV did not steal it from the dealership but paid the thieves $5,000 cash for the SUV.

When four thieves stole more than $350K in Dodge cars from an Oakland County dealership, detectives were able to track them down all from the dealership they originally took them from.

Two of the passengers in the SUV were wearing balaclava-style masks, which cover their entire face except for their eyes.

Inside the SUV, police found $5,800 in hundreds and twenties, a loaded semi-automatic handgun with an extended magazine, and a computer device to reprogram key fobs. They admitted to paying $5,000 for the Durango.

The other cars were all recovered and detectives are still working to identify the suspects who actually stole the cars.

"This was great cooperative police work that resulted in the apprehension of numerous individuals involved in what was clearly a commercial auto theft ring," Sheriff Michael Bouchard said. "Additionally, the fact that they carried weapons during the commission of their crime shows their willingness to be violent if cornered. I am very proud of the detective’s work and I’m glad these individuals are off the street."

Detectives said the car thefts are connected to several smash and grab break-ins at gas stations in Waterford and White Lake where cash, cigarettes, and other items were stolen by suspects. The suspects in those crimes all matched the descriptions of the car thieves.

Anyone with information about the thefts or those responsible is encouraged to call Crime Stoppers at 1-800-SPEAK-UP. A reward of up to $1,000 is offered for information leading to an arrest. 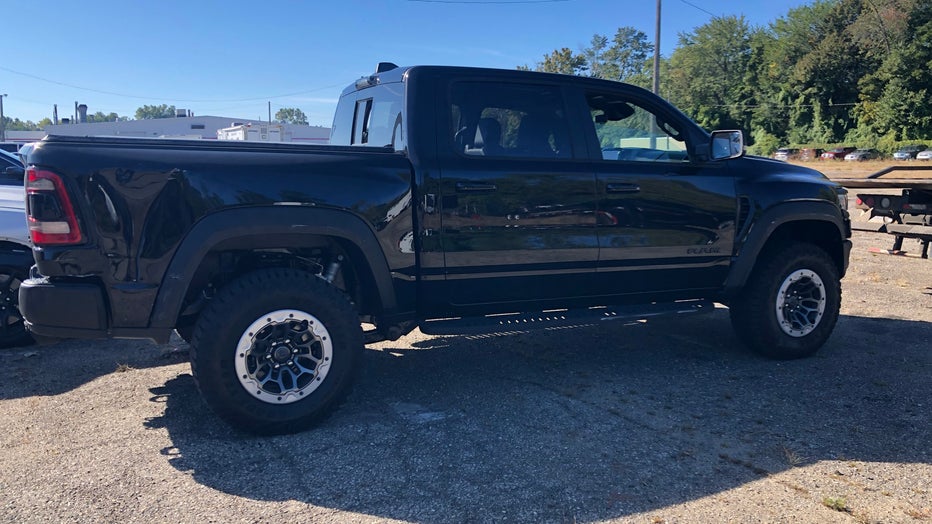 A 2021 Dodge Ram TRX was one of four vehicles stolen from a car dealership in Oakland County Wednesday morning.