DETROIT (FOX 2) - If you're planning on heading down to Detroit for the Tigers game or the Lions preseason finale, you'll need a new route because, basically, every freeway into the area is closed due to flooding.

When heavy rains pushed into the Detroit area on Friday, it started to ‘train’ over the area, specifically in south Oakland and northern Wayne County. A flash flood warning was issued until around 4:15 p.m.

The bad news is this was supposed to be a huge weekend for downtown Detroit as the Tigers play the Blue Jays and the Lions play the Colts - both downtown.

Residents are blaming the state of Michigan and city of Detroit for the latest in a series of devastating floods.

On most days, traffic down there for a Lions game would be tough. With the Tigers involved, it gets harder. Now, with the element of closed freeways, the best way to watch either of the games may be on your couch (which you can totally watch the Lions games for free at home on FOX 2 at 7 p.m.).

Why the couch? As of 3 p.m., both directions of the Southfield Freeway are closed, The Lodge is closed northbound at Evergreen, and I-94 is closed westbound at Connor.

If, however, you still want to make the trip, go extra early and find a new route to get there too as your trusty typical route is no good today. 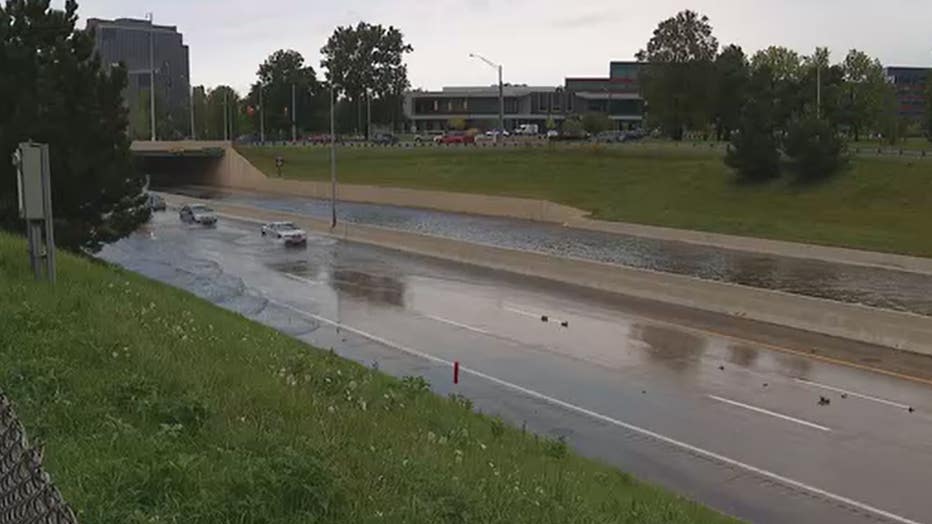