CLINTON TWP. Mich. - The Michigan governor dropped a hint Tuesday about a future relaxation of policies in epidemic restrictions in the state.

Speaking during a worker safety event in Macomb County Tuesday, Gov. Gretchen Whitmer hinted at potential policy changes that would feel a bit more normal for residents. She says this as the state continues to press down its infection rate.

While at a worker safety news conference in Macomb County, Gov. Gretchen Whitmer said she is anticipating "forthcoming policy changes" that would loosen rules on the state.

She hinted at lighter rules on the way the same day the Centers for Disease Control and Prevention made mask recommendations that said fully vaccinated people could remove face coverings while in outdoor public places.

The 3,675 new cases confirmed Tuesday was another daily decline that Michigan has recorded since it reached a near-record peak of coronavirus infections. The latest wave also brought thousands of hospitalizations.

Even with the surge, which was a head-scratching month for the state even as the country missed out on more infections, Whitmer did not implement new safety rules. Instead, she opted for strongly urging people to stay out of public gathering spaces.

"We are continuing to monitor what the CDC is recommending and our data here in Michigan and I am anticipating forthcoming policy changes potentially that will feel a little bit more normal for all of us." 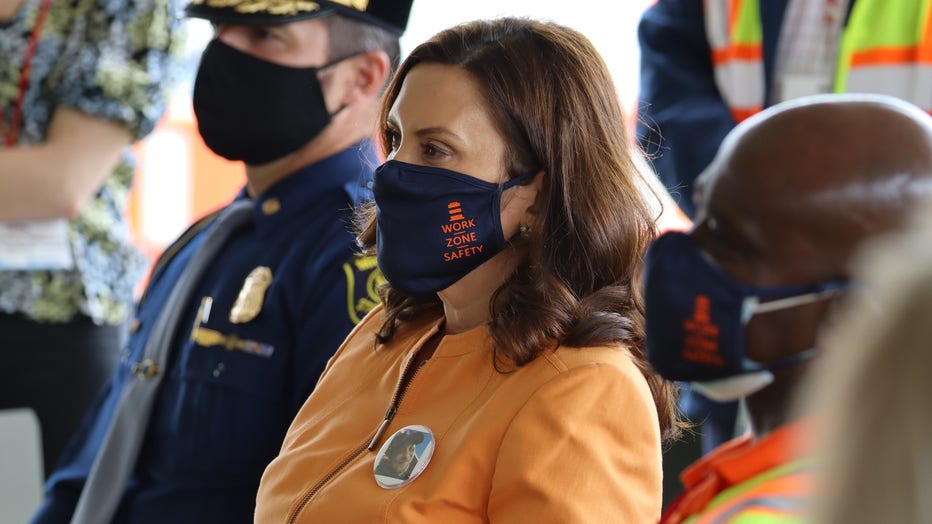 Whitmer made the statement while at a Work Zone Safety Awareness Week Event in Clinton Township, where the state is repairing M-59 Hall Road.

Currently, 35.9% of the state has been fully covered by the vaccine and 48.8% of the adult population has gotten their first shot.

The most recent restriction handed down was a rule that bolstered mask requirements for young kids after 70 children were hospitalized with the virus last week.