Harper Woods man who allegedly killed girlfriend, family while out on bond in front of judge Wednesday

The man connected to a standoff in Harper Woods in mid-July where two people died and a third was critically injured is expected to see his charges elevated after the third victim succumbed to her injuries over the weekend. Jonathan Welch was arrested in his mom's home last Monday.

DETROIT (FOX 2) - A Harper Woods man already facing a slew of charges after a standoff with police ended with at least two people dead is expected to see them elevated after a third victim died from her injuries.

Jonathan Welch, 23, was arrested after he allegedly killed his ex-girlfriend and step-dad, stabbed his mom, before barricading himself in her home earlier in July. Police that entered the home later discovered he at attempted to start a fire in one of the rooms.

Welch was out on low bond and living with his mom Flossie Nicole Bray after he was charged with torture and sexual assault following an incident with his then-girlfriend in June. Her family was critical of the court system that allowed the suspect out of jail as he awaited his next hearing in front of a judge.

Bray was one of three victims from the July 11 incident that escalated from a domestic dispute into a standoff with police. She reportedly was stabbed by Welch before fleeing to her neighbor's home and asked her to call police.

A neighbor told FOX 2 about moment when Bray came to her with stab wounds.

SWAT teams were called to the home where Welch had barricaded himself inside. He shot at police and attempted to start a fire in an upstairs room before law enforcement breached the home seven hours after it started.

It was later determined Welch had killed Zlayiah Frazer, his ex-girlfriend, and his step-dad. Welch reportedly was seen placing a young child outside the home before barricading himself inside.

Bray was put on life support after being stabbed. Family had hoped she would pull through her injuries after being hospitalized. She succumbed over the weekend. Family is now partly pinning the deaths on the court after Welch managed to post bond for charges connected to a previous assault of his girlfriend in June.

In a court hearing after the alleged murders, the judge acknowledged the missteps contributed to the deaths.

Two days after posting bond, his Frazier was dead. So was his step-dad Robert Bray Jr. 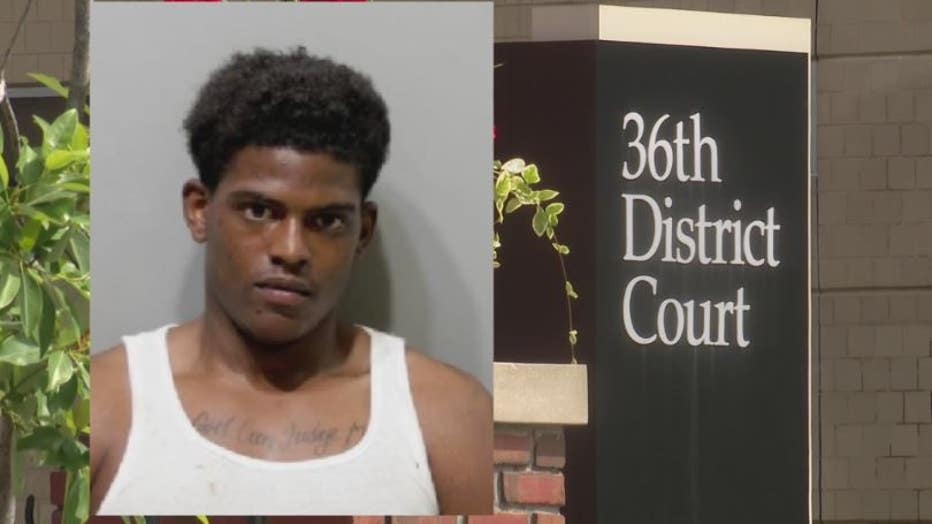 Galen Jr. called the bond that was first set by Magistrate Dawn White as "a timebomb."

"I’m not saying the magistrate or judge could’ve predicted that, but with the charges and the nature of the charges, it should’ve been apparent that society needed big protection," he said.

Welch is now expected back in court Wednesday, July 19.