"Kia Boyz" is a trend on TikTok, which shows people how to steal Kias and Hyundais by using a USB cable.

SOUTHFIELD, Mich. (FOX 2) - The "Kia Boyz" have struck again, but this time they went straight to the source. Glassman Kia in Southfield had one Kia stolen off their lot and another damaged a week after speaking to FOX 2 about the rise of Kia thefts.

"The Kia Boyz strike again. Took about a minute. They broke the window and did what the Kia Boyz have been doing," said George Glassman, President of Glassman Kia.

"Kia Boyz" is a trend on TikTok, which shows people how to steal Kias and Hyundais by using a USB cable.

In Detroit alone, about 150 Kias and Hyundais were stolen in July. Eastpointe has had 15 stolen this month alone, Clinton Township has had 17 since mid-July, and in Roseville, seven were stolen since June 1st and 18 more attempts.

"These kids they get in, they get in with their buddies, and they ride around in them," said Detroit police Lt. Clive Stewart.

Glassman says he locked down all the new Kias, but the thieves still targeted the old ones. They got away with a Kia Forte and damaged the steering column of a Kia Soul.

"It’s my understanding a number of other dealerships have been hit. We are not immune just like a customer," said Glassman.

Glassman says if you have a Kia, park it in the garage. If not, get yourself one of those old-school clubs to go across the steering wheel to deter the thieves. 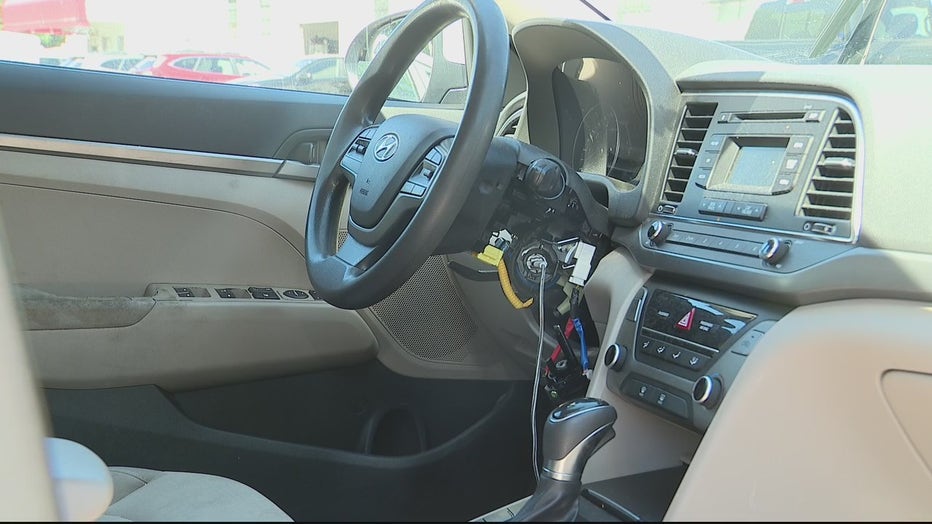