BLOOMFIELD TWP, Mich. - The suspect arrested in a peeping Tom incident in a metro Detroit community might be tied to several other unsolved peeping Tom cases.

Donovan Johnson, 27, was arrested by Bloomfield Township police Feb. 6 after an officer spotted a man running from a residential yard in the 500 Block of S. Spinning Wheel Drive. He was issued a citation for window peeping.

Police said he matched the identity of a man caught on surveillance footage in late January peering through the window of a house on the 2000 Block also on Spinning Wheel Drive.

"Just good old fashioned police work and a little bit of luck. The other night, one of the officers was sitting in an unmarked vehicle, an unmarked car in plain clothes, and he saw Mr. Johnson come out from a backyard," said Bloomfield Township Lt. Paul Schwab.

Peeping Tom case out of Bloomfield Township continues to develop

More evidence continues to emerge out of a peeping Tom case out of Bloomfield Township. While only charged with one case, police believe Donovan Rashaad Johnson may be linked to other cases as well. Johnson is also a metro Detroit bankruptcy attorney.

While Johnson is only charged with the Bloomfield Township case, police now believe he could be linked to several other unsolved peeping Tom cases, including one from Rochester Hills back in October of 2019. Surveillance footage from the incident shows someone looking through a window for a period of time. At the time, the Oakland County Sheriff's office believed the person spotted in that footage is the same person seen on video from inside a home in Troy.

Back in August, at that home on Amberwood in Troy, a woman said someone touched her leg. She woke up and screamed before the suspect ran out. That video shows the same creeper had been in her home twice before that same night.

It's unclear the connection between all three cases and police are still investigating. But what is clear is that Johnson is a bankruptcy attorney without any criminal record.

"It's a bit unusual. Everyone I've talked to - that's usually one of the questions I get is 'what do I think,'" said Bloomfield Township Lt. Paul Schwab. "It could be anybody."

Schwab said they have no reason to believe that Johnson was targeting any specific person or place. 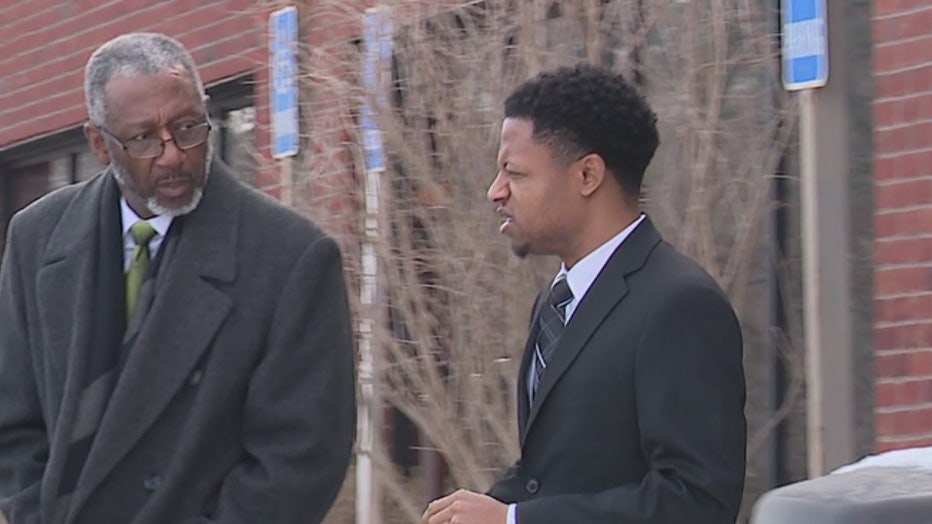 Johnson was released on bond and had to give up any weapons. He is also supposed to wear a tether and has to stay away from where he was caught.