No motive has been determined in the killings of three people and the non-fatal shooting of a fourth that unfolded across Detroit early Sunday morning. It ended with his arrest after 6 p.m.

DETROIT (FOX 2) - Many questions remain after a day of terror in Detroit when a gunman allegedly killed three people and injured a fourth person before he was arrested by police Sunday.

The shootings, which happened within a few blocks of each other Sunday morning, were considered "random" and sparked an hours long manhunt in Detroit. The shootings unfolded over a roughly 2 ½ hour period. Chief James White will speak on the shootings Aug. 29 at noon. FOX 2 will stream live.

The first shooting victim was found at 4:45 a.m. and the last was around 7:10 a.m. when a man was shot after noticing the suspect looking inside cars.

"It appears to be very random. One was waiting on a bus. One was walking his dog and one was just on the street," said Chief James White. "As you can imagine, they're getting treatment - the ones that survived and you know, we'll be talking to them when they're coherent enough to talk and piece things together."

Mayor Mike Duggan lauded the police department for the arrest in a tweet, saying they "showed again today why it's as fine as any in America."

In a statement to FOX 2, Duggan said "vital tips" lead to the suspect's arrest.

"With the help of critical information from the community and strong support from the FBI, ATF, and Michigan State Police, Detroit police officers took the suspect into custody today without incident. As we mourn our three neighbors who were killed, we should take the time to appreciate all the men and women in law enforcement whose work today made sure no other families will suffer at the hands of this shooter."

The first victim was found shot multiples times in the area of Wyoming and Margareta. She was 40 years old. 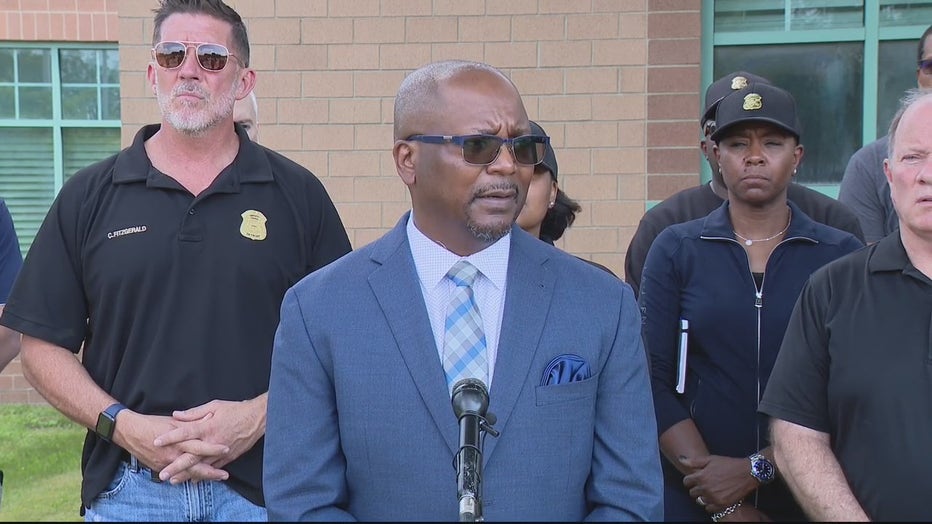 The suspect was only identified as a man in his mid-20s to early 30s. He's believed to be the only one involved in the shootings.