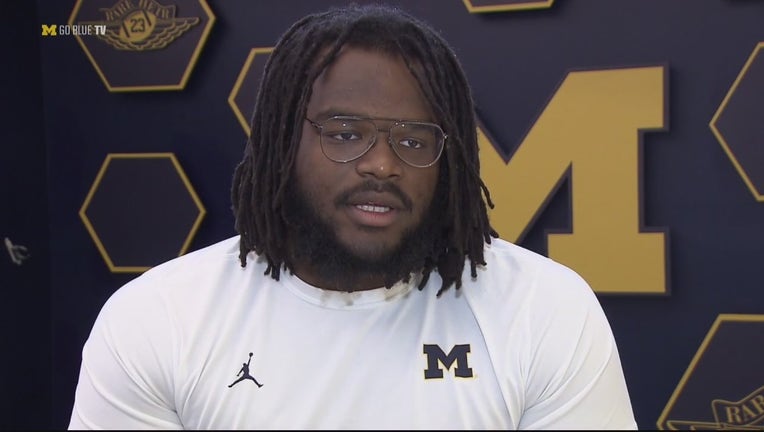 Smith pleaded guilty to one count of attempting to transport a loaded firearm in a vehicle. He was originally charged with one count of carrying a concealed weapon, a felony.

He was pulled over for speeding on Oct. 7 and charged Nov. 30.

His attorney said he was in the process of getting a concealed pistol license when he was stopped. He has since received the license, the attorney said.

Washtenaw County Prosecutor Eli Savit said the plea deal Smith accepted was the same one offered to and accepted by Eastern Michigan University basketball player Emoni Bates in the fall. When Bates was pulled over in Superior Township, he admitted to sheriff's deputies that a gun was in the vehicle.

Michigan Football player Mazi Smith is facing a felony weapons charge after he was caught in possession of a gun without a concealed pistol license. FOX 2's Charlie Langton weighs in on the police and prosecutor's handling of the incident.