DETROIT (FOX 2) - In the span of three weeks, Wayne County Sheriff went from testing positive to being hospitalized, put on a ventilator, and, ultimately, his death after he contracted COVID-19 in November.

The 65-year-old is being remembered on Friday for his leadership, smile, but also his soft side.

Thursday night, Wayne County Sheriff Benny Napoleon died after he caught COVID-19 in November. On Friday, his friends and family are remembering him as a community mourns.

"It just feels like there’s a hole in the city of Detroit," said Mayor Mike Duggan

Family, friends, colleagues, and an entire community are morning the loss of Napoleon after a tough battle with COVID-19.

Michigan Governor Gretchen Whitmer remembered her friend during her COVID-19 press briefing Friday and was choked up multiple times.

"In a matter of three weeks, he went from testing positive to being hospitalized to being put on a ventilator and passing away. My heart hurts," she said.

Napoleon died Thursday night at the age of 65 surrounded by his family.

"This hurts bad. Benny has done a whole lot. He spent his whole life serving the community. And he really helped a lot of people,' his brother, Hilton Napoleon, said.

Wayne County Prosecutor Kym Worthy called him genuine, caring, and loyal friend with a heart of gold while Detroit Police chief James Craig said his death was tragic. The two went all the way back to Cass Tech High School. 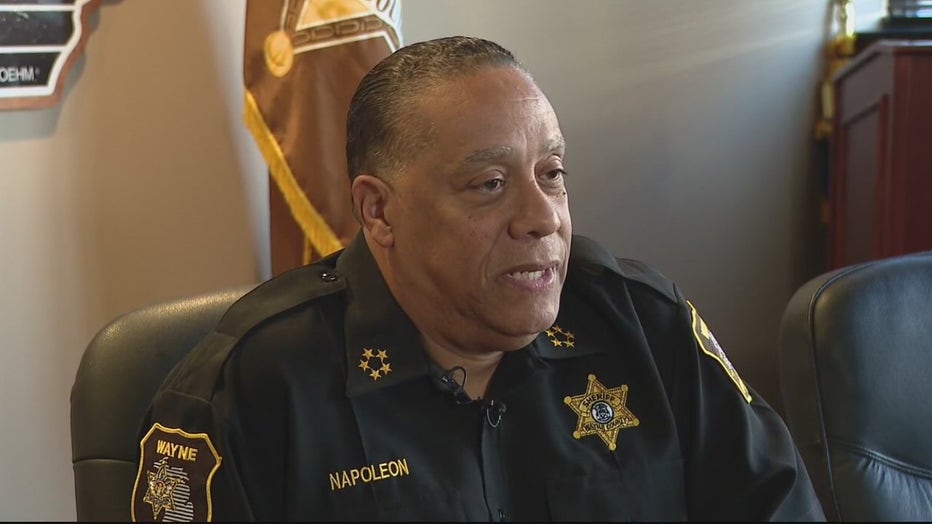 "Benny was a basketball player at Cass. I was the shy one. As luck would have it, our paths crossed again a few years later when he joined the Detroit Police Department," Craig said.

Napoleon played a major role in cracking one of the most notorious sports stories in the city’s history: the assault of figure skater Nancy Kerrigan by Tonya Harding.

"Everybody was so proud of the way that case was handled and resolved it so quickly. That’s always the way he carried himself," Duggan said.

From 1998 to 2001, Napoleon was the chief of Detroit Police. Eight years later, he was elected Wayne County Sheriff to replace current county executive Warren Evans. He says Napoleon was like no other.

"He had a mixture of qualities that you don’t often find in one person," Evans said.

Evans, and all who knew him, said he was so careful with COVID-19 and always wore a mask after he watched his brother battle and survive the disease in the spring.

"Even with all of that, there’s still some risk. People really need to do whatever they can to mitigate the possibilities of the spread."

Napoleon’s family are now asking for prayers and told FOX 2: "We know God will bring us through."