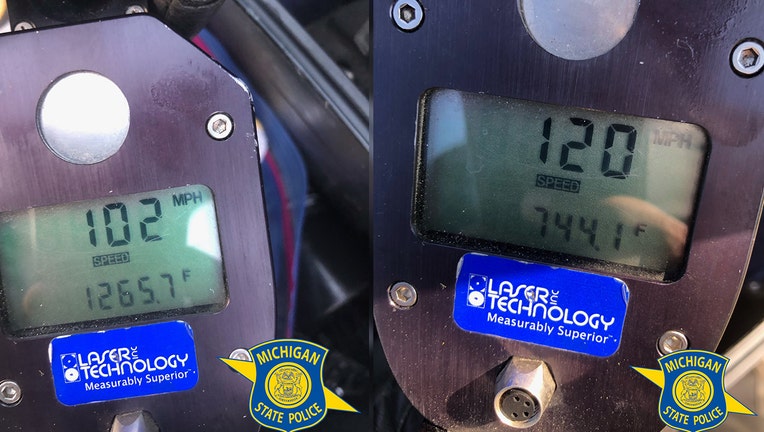 SOUTHFIELD, Mich. (FOX 2) - Coming into Metro Detroit from Ann Arbor, there's a 14 mile stretch of highway that, apparently, is just begging for people to drive at nearly double the speed limit.

Michigan State Police said they busted two people on Monday driving over 100 MPH on M-14 between Ann Arbor and Plymouth.

The drivers who were leaning on the gas were not identified but one was clocked at 102 MPH while the other was at an astounding 120 MPH.

In a tweet about the speeding stops, MSP said it was catching up from vacation mode but "some things never change."

The speed limit on that portion of M-14 is 70 MPH, meaning both drivers likely facing over $180 in fines plus 4 points each on their license.

MSP and police throughout the state have been trying to slow down drivers this year after 2020's speed-related fatalities increased 8% from 2019.

Michigan State Police said a suspected stolen Dodge Charger was doing 120 MPH on I-75 near Holbrook Tuesday afternoon when it passed an MSP trooper and crashed into another car.