The sister of one of the Oxford High School shooting victims says she could have spent Christmas with her sister if Michigan would have approved safe storage bills that have been sitting in Lansing for months.

LANSING, Mich. (FOX 2) - More than two months after the life of Hana St. Juliana was tragically cut short, her family is among a group who traveled to Lansing to demand changes to the state's gun laws to make it harder for young people to get their hands on the weapons and limit the number of bullets in magazines.

Hana St. Juliana was the youngest of the four students killed at Oxford High School on Nov. 30, 2021. Her family, including her sister Reina, spoke about what it's like to lose a best friend.

"The system that allowed the shooter access to a firearm is the same system that failed Justin, Madison, Hana and Tate because there is no reason, no excuse for them not to be here - to have their future taken away," Reina said.

Reina, a junior at Oxford High School, spoke about what Democratic lawmakers are calling common sense gun laws introduced months before the shooting in Oxford - but never passed.

"It could have saved my sister. I could have spent my Christmas with Hana, I could have begun 2022 with my favorite person by my side, we could have had our family dinners without an open, missing seat at the dining table," Reina said. 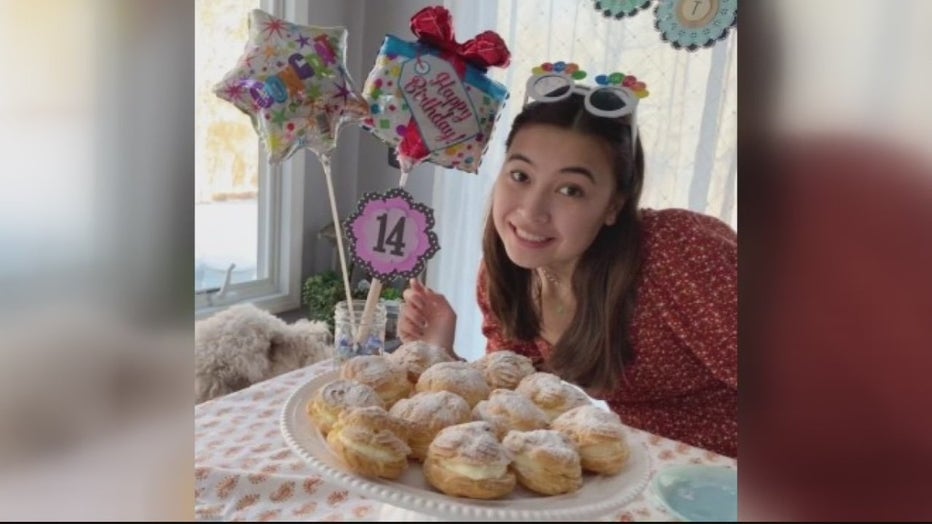 Hana St. Juliana, 14, was the youngest victim of the Oxford High School shooting.

Democratic lawmakers are pushing a series of bills that would require the secure storage of firearms away from children and another component regarding who is responsible for what a minor does with a gun.

"When you do allow a minor to have possession of a gun, you're going to be held accountable if they use it to cause harm to themselves or others," Sen. Rosemary Bayer said.

Michigan could join 14 other states who have similar safe storage laws on the books.

"Since 2019 she's had 30 cases that involve death or serious injury to children based on failure to properly secure weapons," Nessel said.

Those cases are only in Wayne County.

The safe storage bills were introduced last summer in both the House and Senate but have yet to come to a vote or drum up wide bi-partisan support.

"The next step should not be training kids to barricade doors, hide in corners, or live in fear. The next step must be to pass laws and create change to prevent this from ever happening again. Don't let another child lose their life this way," Reina said.