Woman helps save 9-year-old girl after abduction, rape on Detroit's west side

Just as a woman was about to leave her brother's house, she noticed a naked little girl wrapped only in a blanket and immediately jumped in to get her the help she needed.

DETROIT (FOX 2) - A Good Samaritan said her mom mode kicked into gear Sunday evening when she saw a naked 9-year-old girl wrapped in a blanket and learned she just been abducted and raped.

The woman, who we're calling Alicia, was about to leave her brother's house on the city's west side when she noticed the 9-year-old girl, who was naked and wrapped only in a blanket and not wearing any shoes.

"I asked if she was okay. She said 'no, I'm not okay. I was kidnapped. Can you take me home?'" Alicia said. "She said not only was I kidnapped she was sexually assaulted. I could tell that she was calm but it was a state of shock."

Alicia said that's when her mom mode kicked and she immediately tried to be there for the girl.

Detroit Police did arrive and they were able to piece together the little girl's story.

She left her home in Farmington Hills Sunday after a fight with her family carrying only a backpack, blanket, and pillow. For about two hours, she wandered aimlessly until a man pulled over near 8 Mile and Grand River and offered her a ride home.

But he didn't take her home. She said he took her to a different home in Detroit, near 8 Mile and Berg, about three miles away. In that home is where she said she was tied up and raped.

"This is a case that is every parent's nightmare including my own," White said.

We asked him if the little girl knew the suspect or if it was strictly a random crime of opportunity.

"I don't think it would be appropriate to talk in specifics right now (about) that information," White said.

Investigators from both cities are searching for the suspect and the SUV believed to be a 2015 to 2021 white Jeep Renegade that was caught on surveillance footage.

Police are asking that people who were in the area of 8 Mile between Grand River and Middlebelt between 4 and 6 p.m. on Sunday to call the police if they saw anything suspicious. 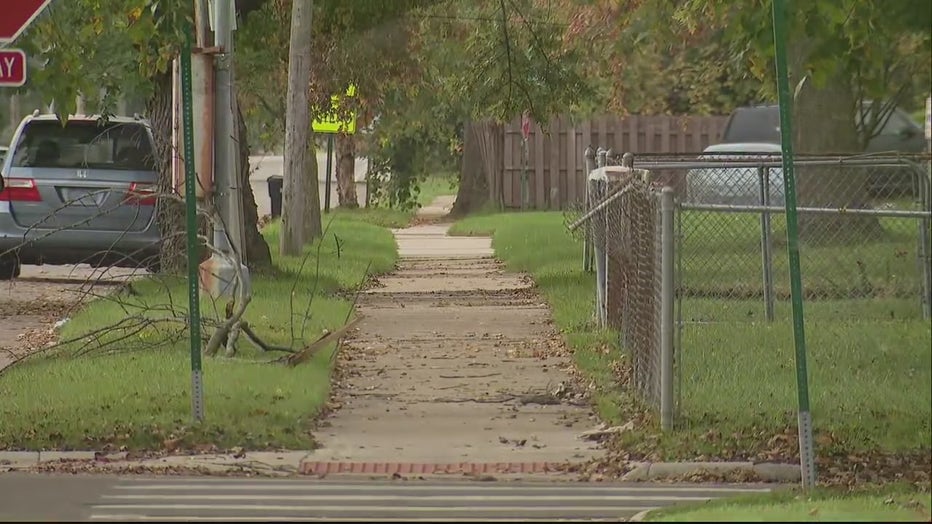