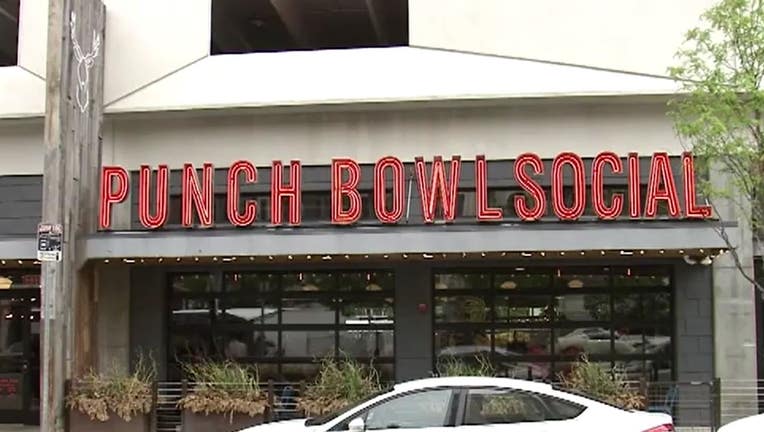 DETROIT (FOX 2) - A new venue for live entertainment is opening in the former Punch Bowl Social in Detroit.

Comedian Mike Epps' One Mike Enterprises shared plans for the comedy, music, and spoken word venue, One Mike Detroit, at 1331 Broadway St. on Thursday. Renovations are set to begin next month, with plans to open in the spring.

"Detroit has always been a great city for comedy and a second home to me," Epps said. "I'm excited to announce the flagship location for the One Mike brand in Downtown Detroit. We're bringing superb dining and premier comedy experiences to 1331 Broadway."

Epps said the venue will feature known performers, as well as those just starting out.

The venue is co-owned by Rev. Horace Sheffield III, and will be run by Detroiters Robert Schultz, Kimberly I. Moore, and Rhashad Hicks.

The Luxe Lounge was announced, as well. The upper loft will include Black-owned wine and spirit brands.

One Mike also partnered with 7th Floor Hospitality Group to include a restaurant in the space. Savour 42 will feature seafood, lamb, beef, chicken, and vegan options.

"Being a Detroit native, it’s a privilege to be a part of a project that will add something special to Detroit’s entertainment and hospitality scene," said Louis Morgan, III, the president of 7th Floor Hospitality Group.

"The first product under the Eppic Spirits brand to be launched is a handcrafted vodka called Michael Elliott, Ltd., said Rhashad Hicks, VP of Operations, One Mike Enterprises. "This gluten-free vodka is refreshing and fragrant, with the exotic essence of the lychee. There is also another flavor that features an espresso fusion of rich smoky notes of roasted coffee beans."

Find more things to do:

The lights go on in Hines Park on the evening of Nov. 17. You can check out the Wayne County Lightfest through Christmas Eve.